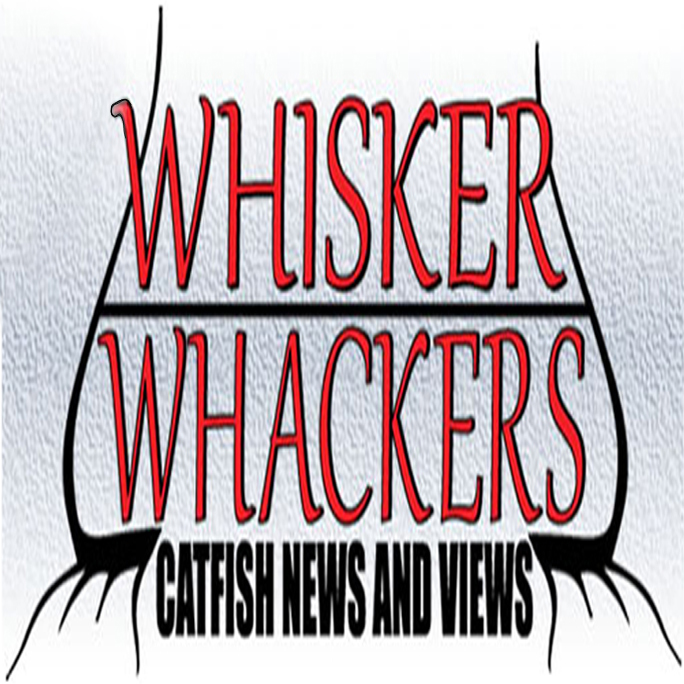 Robert Montgomery has written an excellent book named, “Why We Fish.” He never found a single defining answer to the question. He found many. Following his lead I ask several catfish men and women what the easy part was, what the hard part was and why they fished for catfish. The answers ranged from practical to philosophical. The common threads among catfish anglers were fun, family and an internal peace obtained from just being on the water.

The answers to my questions tend to identify who they are in relation to catfishing and the catfish resource. In every case the reasons positively promote the growing sport of catfishing and deliver a testament to the upbeat character of the catfishing community.

In order to remove my own bias in making the list I asked a well-informed member of the catfish community to name some influential catfish anglers for my survey. The short list barely scratches the surface of dedicated and competent whisker whackers out there, but I could not ask them all. Keep in mind that these individuals are normally part of a catfishing team and the other half of that team likely feels about the same way as the respondent.

Janet Fox fishes with her husband Bink. They won the Winter Blues on Wheeler Tournament in 2015. She identifies getting bait as the hard part and casting as the easiest part of catfishing. “The catfishing community is awesome for the most part,” reported Janet. “Catfishermen are willing to help each other out in time of need. It is a great family sport. We get to spend a lot of time together.”

Janet enjoys catfishing because of the challenge and the competition. “I am very competitive and I want to win or at least finish in the top half of the field. I give Bink a run for his money and I always want to catch the biggest fish.” She did just that in last year’s Winter Blues on Wheeler. She won the Big Fish Competition with a 76.9 pound blue catfish.

David Shipman fishes competitively with Natalie Brooke Wilbanks. The duo won the National Championship of Catfishing in 2015. Shipman identifies finding fish that are active and willing to bite on a particular day as the hardest thing in catfishing. “It’s easy after that,” says Shipman. “Once all the baits are in the water you just sit there and wait for the bite.”

“I grew up catfishing as a kid,” revealed Shipman. “That is a big part of my love for it. That’s why I think it’s good to get the younger folks involved. Brooke started with me when she was just 17 years old and look at her now. I think she’s one of the best in the field. I am really proud to have contributed to her success.”

Shipman identifies catfishing as a great family sport. “Me and my son have had some of the best times and best conversations we’ve ever had while catfishing. There is another plus,” joked Shipman. “A bologna sandwich taste like a steak out on the river.”

“All the people I’ve met while catfishing feel like family to me,” continued Shipman. “While we all may do different things at home or work we are all on the same page when we go after the big cats. Catfishing connects me with nature and Gods great creations. I get the best peaceful feelings when I’m out on the lake.”

Three-time BCQ Angler of the Year, Larry Muse, has been described as the cat man’s cat man. He says the hardest part is the trip to the water. The easy part is the desire to go. “I fish for catfish because they are the biggest fish in the river,” mused Muse. “Why fish for any thing else other than bait?

“Catfishing is a great family sport,” replied Muse. “Even the kids can fish given proper instruction. Start by teaching them the right way. Pick times and places that almost guarantee success. Ninety-nine percent of the catfishing community are great people with a desire to grow the sport for kids and everyone else. If we can just leave out any negative talk and concentrate on being positive it will grow big time.”

Jason Bridges, owner/operator of Wheeler Catfish Guide Service, agrees with Shipman on the hardest part. “The toughest part of catfishing is locating them,” says Bridges. “Probably the easiest part is catching bait. Catfishing is a great family sport. You don’t have to spend a lot of money to be successful. Thanks to my dad I fell in love with it at an early age. As I got older the love got stronger as I learned to catch bigger and bigger fish.”

“I would describe the catfishing community as down to earth people who are passionate about their sport,” reported Bridges. “I had a great time guiding Doug Stange from In-Fisherman to his personal best blue catfish weighing 82 pounds. I’ve guided other clients to 90, 91, 95, 101 and 105 pound blues. As a guide I get great pleasure from seeing other people catch fish, especially when it is their personal best catfish. Catfish are a great sportfish and I wish they would get the respect they deserve.”

Cindy Stokes agrees with those folks that think getting quality bait is the hardest part of catfishing. “The easy part is deciding which tournaments we are going to fish in,” says Cindy. “Catfishing is absolutely a great family sport, because it is a sport everybody can be involved in. Catching bait with grandkids or kids is great fun. So is everyone being in the same boat, enjoying the day fishing, or talking about the one that got away.”

“Catfishing is the fastest growing fishing sport in fresh water,” explained Cindy. “Anglers are catching some of the biggest fish in the U.S. Catfish are a renewable resource as long as people use selective harvest and catch-photo-release (CPR) the breeding size fish.”

Cindy describes the sport as competitive but congenial. “Catfishing is the only competitive sport where everyone is willing to help each other. The sharing includes everything from getting bait to sharing knowledge. The competition level is second to none, but we do the best we can and share what we have learned with others along the way.”

Jeff Dodd joins the ranks of those naming bait as the biggest challenge in catfishing. “The hardest thing for me is keeping fresh bait,” said Dodd. “The easiest thing about catfishing is finding a place to fish. There are not many bodies of water that do not have some kind of catfish in them. Sometimes the action can be fast and furious, and that makes catfishing an excellent family sport. Any size fish can be targeted and matched to the size and skills of the angler.”

“It is just plain fun when you learn to catch trophy catfish on a regular basis,” continued Dodd. “Another pleasure of catfishing is the people you meet along the way. My tournament fishing has allowed me to make friends from Virginia to Oklahoma and all points in between. Catfishing people, in my book, are the best people of any sport. My goals have changed over the past few years. I would like to see the sport of catfishing continue to grow with veteran anglers passing along what  they have learned to new anglers entering the sport.”

Arkansas angler Jason Masingale fishes with his brother Darryl Masingale on the tournament trail. He sees the hard part as finding the big fish and trying to figure out what type of bait and presentation is needed to get them to bite. “The easy part,” says Jason, “is finding a place to fish.” Every pond, lake, or river in the country has catfish. I get as excited about an 8 pound catfish in a farm pond as a 70 pounder on the Mississippi.”

The ease of getting started makes catfishing an outstanding family sport. “It doesn’t take a lot of tricky techniques to get started,” comments Jason. “This ease of entry into the sport allows first-time and young children to fully participate. Especially anchor fishing or fishing off of the bank. You can set them up in front of some rods and they are good to go.”

“I get a friendly family feeling about catfishing,” continued Jason. “Now don’t get me wrong, on tournament morning everyone wants to win. At the end of the day, however, everyone talks about their day and shares with each other. Really and truly our biggest accomplishments are the friends that we have made in the catfishing community. If it were not for catfishing we would have never met them. They are true genuine people.

“I like to catfish because it is mentally rewarding,” said Jason. “The challenge of learning to catch fish on any given day is very frustrating and at the same time exciting. In the back of our head we would like to catch a world record, but our real goal is to help build the sport to the level that we know it can achieve.  More and more people are getting into the sport of trophy catfishing and the sky is the limit.”

“I am so excited at the level the sport is growing,” offered Masingale. “Currently there are a lot of really good people that are working to build the sport of catfishing. The notion of catch and release on the big fish is becoming more and more common. In the catfish community one gets more respect for catch and release than his ability to catch big fish alone.”

Just as catfish anglers have a common obstacle in obtaining baitfish they have a common goal of promoting the sport of catfishing so that it grows in a positive manner. All indications are that the sport is destined for bigger and better things.

Epilogue: Montgomery’s “Why We Fish” would make a great gift for the angler (or non-angler) on your gift list. It is available on Amazon.com.