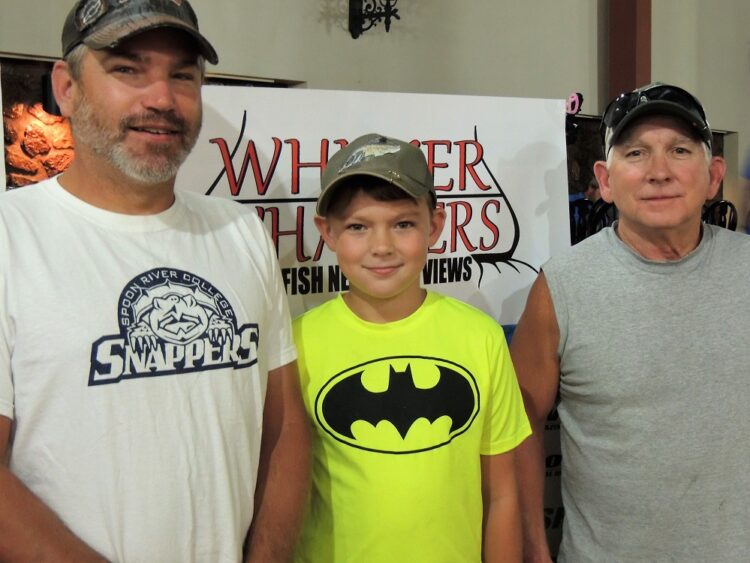 I have never seen so many happy faces. I’ve touched base with friends and made a bunch of news ones. Catfish anglers, and their friends and families, rock! Mississippi River Monsters (MRM) is becoming one big gathering of catfish people sharing information and talking catfishing.

Everything takes a while longer than usual, but it is total OK. It takes longer because there is a lot of visiting to do before you can do what you plan to do when you went to do it. I was supposed to meet Bill Dance and George Young Jr. at the ramp at 9:00 the other day to go fishing. Everyone showed up on time, but by the time we got through all the visiting, autographing and lying it was 10:30.

Lyle Stokes, Chuck Davidson and “Doc” Lange will be back on tonight (Thursday, Sept. 8, 2016) with a special Mississippi River Monsters edition of their show. They will kick it off with Bill Dance. George Young Jr. will be on to give some updates on the tournament. Then a host of other catfish folks will be on the show talkin’ catfishing.

Friday will see things hopping back at the Pyramid. Seminars begin at 1:00 PM with Bass Pro Shops Big Cat Quest three-time Angler of the Year, Larry Muse. Larry will be followed by more catfish fanatics up until the Captains Meeting. Other presenters include David Shipman and Natalie Brooke Wilbanks, the Masingale brothers and Jeff “Big Daddy” Dodd.

On Friday night at 6:30 PM CST the Captains Meeting will lay out the rules and attempt to answer all the remaining questions before anglers hit the water on Saturday. At least one participant from each team must be present for the mandatory meeting in the Bass Pro Shops Pyramid Ducks Unlimited Waterfowl Gallery (2nd Floor of Pyramid).

WhickerWhackers will have a photo shoot at the Captains Meeting so come by and get your photo taken. If you spot someone that you want your photo taken with, bring em’ along. We can help you with that too?