Season opener in the books for Madison Catfish Anglers 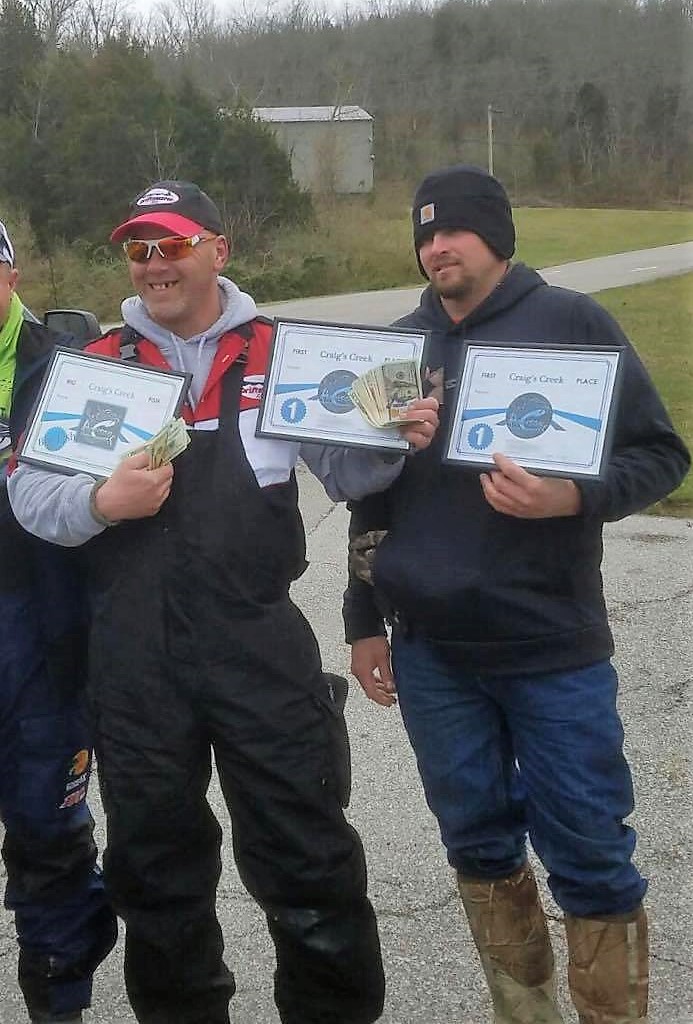 Daryl Miller Junior opened the Madison Catfish Anglers season this past weekend out of Craig’s Creek. He described the day as windy, cold and brutal on the water. He wanted to thank everybody for coming out and supporting the event.

Jack Hite and his partner Marlin managed to catch a nice stringer in inclement weather. They took the top prize with 69.2 pounds. Their day’s work earned them $500. They also had Big Fish for the tournament with a 25.2 blue cat to add another $100 to their take.

The next Madison Catfish Anglers Event will be April 15th at Patriot.