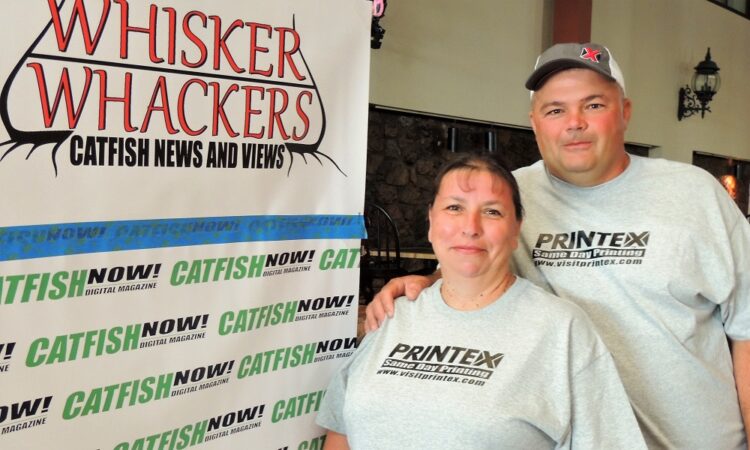 Sixty-two boats competed on the Ohio River, Gallipolis Pool today. They were fishing for fun and charity. The event, organized by Tim “Doc” Lange was pulled off with the help of numerous volunteers and sponsors. The tournament offered no prizes or payout. One-hundred percent of the money raised went to Janet and Bink Fox to aid Bink’s battle with cancer.

The winners in today’s tournament was Kemp and Kemp with a total weight of 103.4 pounds that included Big Fish of the tournament, a big blue weighing 48.5 pounds. Eight fish over 30 pounds were weighed in from a river that was falling fast.

Bink and Janet fox were on hand for the tournament that turned out so may friends and supporters. “Thank you everyone for your support and generosity,” offered Janet. “We are beyond blessed. Bink starts chemo again on the 24th. We still have a long road to go, but he’s got this!”

Congratulations to all involved with this display of love and support from the catfish community to a special catfish family. #catfishclass

Anyone wishing to donate following the tournament can contact Doc Lange.