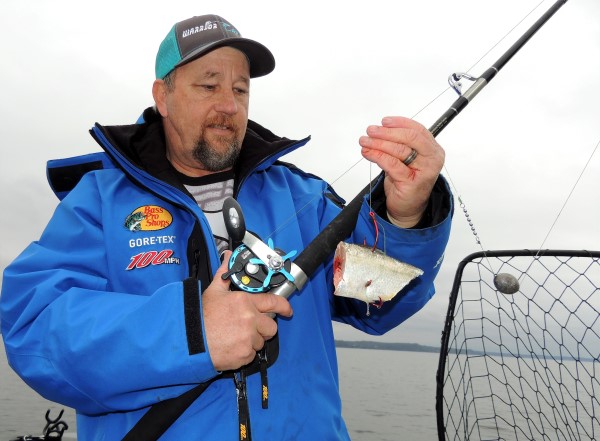 There is nothing that is totally consistent, all the time, with catfishing. There is some stuff that is pretty regular, but there are plenty more things that are different all the time. Different pools of water and different locations change variables often, and I think that makes a lot of difference in your success.

One thing I do believe is consistent, is the fact that big catfish need to have oxygen. Those big Texas catfish do exactly the opposite of fish on Wilson, in Alabama, where we catch them deep. It blows my mind how they catch those Texas blue cats in two- or three-feet of water.

So, on a hot day in Texas, with the wind blowing across the reservoir they gotta’ be in three feet of water to get some of that oxygen that is being generated by the wind. They are gonna’ be in that shallow, stirred up water, where the oxygen is greatest. Just like us humans, the first thing we got to do is breathe, and that’s true for the big catfish too.