CATFISH CONSERVATION – Pay Lakes – The Good, the Bad, and the Ugly 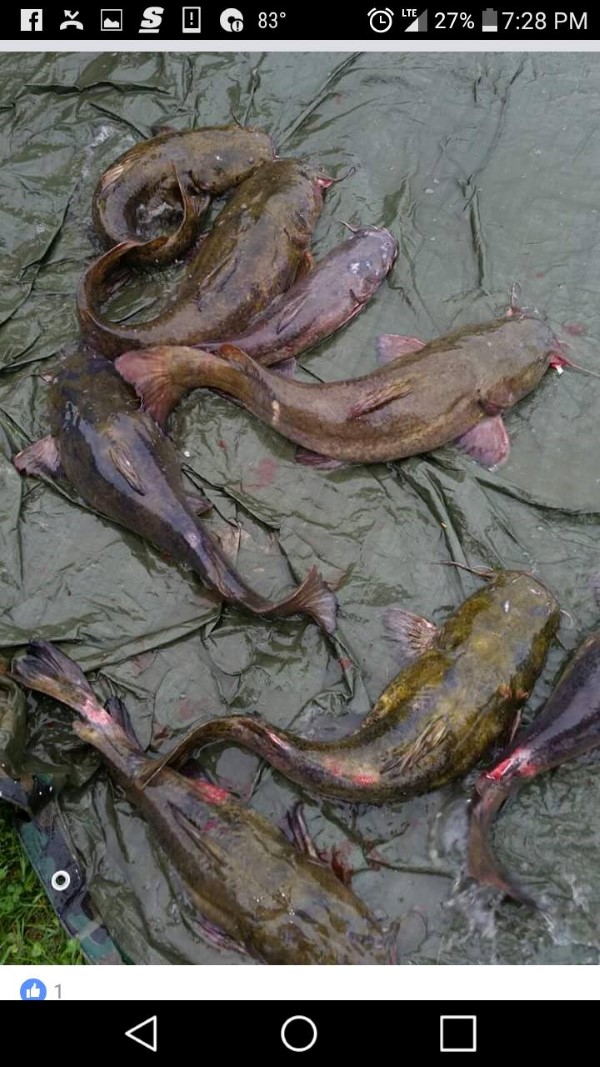 Pay lakes are a large bone of contention among catfish anglers. It’s no secret that many anglers do not like pay lakes for a variety of reasons. The biggest reason is the practice that takes wild catfish from public waters and places them in pay lakes were anglers pay to fish for them.

On the other side of the coin, there is a contingency of anglers, shorebound, disabled, youth anglers and others, that depend on pay lakes for their fishing enjoyment. Many of them take their catch home to the dinner table. In the beginning pay lakes were stocked with farm-raised fish and no conflict existed. In a perfect world, there should be room for all, without conflict, but we don’t live in a perfect world.

“The rub comes, when trophy fish are taken from public waters…”

Today’s pay lakes are more likely to be stocked with wild fish, harvested from public waters. Many anglers do not believe that wild, trophy catfish should be caught, by any means, only to end up in a pay lake, and the likely demise they face. Those same sportsmen would not want to prevent disabled, youth, or other anglers from enjoying the sport of catfishing and the therapeutic and recreational benefits that it provides. In some cases, pay lakes may be the only alternative that some anglers have.

Ron Brooks, Fisheries Division Director for the Kentucky Department of Fish and Wildlife Resources (KDFWR) dates the problem back some years ago. “The pay lake issues have become contentious because of the trophy aspect that was created about a decade or so ago. As more pay lakes began to get into trophy lake offerings, more commercial fishermen were compelled to target trophy catfish because of the price the pay lakes were paying per pound.”

Add in the belief of many sportsmen and women, that removing the trophy cats from the wild are taking opportunities from anglers in the future, and you pretty much identify the issue.

The modern scenario surrounding pay lakes reminds me of the old spaghetti western, The Good, the Bad and the Ugly. In the movie, Eastwood was the “Good,” searching for a cache of gold (in my scenario, trophy catfish). His rival was Lee Van Cleef, the “Bad,” a bounty hunter (representing those looking to profit from the wild fish) and Eli Wallach was a Mexican bandit, the “Ugly” (stealing trophy catfish from our youth in the future).

My scenario may be a bit of a stretch, but the Good, the Bad and the Ugly are the words that come to mind as I researched the relationship between trophy catfish and pay lakes.

Pay lakes that operate with farm raised catfish can and do play a positive role in the life of many anglers. They can provide accessibility to the boatless, youth, disabled and other anglers seeking the convenience and recreation offered by a pay lake.

Sometimes it is a single parent mom wanting to take a child fishing and the only way she knows to do it is at a pay lake. Sometimes it is a disabled person with no other option than to visit a local pay lake to enjoy a day’s fishing. There are positive benefits to come from pay lakes that operate with farm raised fish.

More examples can be cited that document the positive impacts that can come from pay lake operations. The rub comes, when trophy fish are taken from public waters, placed in private pay lakes, and made available at a fee to paying customers.

It has been documented on social media and other places that the removal of trophy fish from public waters normally results in a dead trophy fish. It is sad, but not unusual, that the economic laws of supply and demand can have such a negative impact on a public resource.

One concerned angler outlined the supply and demand sides of the issue when he said, “Commercial fish hatcheries cannot produce the size fish that our public lakes and rivers produce, it’s just not possible. They can provide plenty of ‘eater size’ fish, but people are willing to pay more to have a chance at catching a large fish. Sadly, the economic reality of supply and demand, is creating a problem that results in dead trophy catfish.”

“Money drives people to do what they might not otherwise do,” continued the angler. “The commercial fisherman sees selling fish as a ‘cheap’ way to make money, because there is no cost involved in producing the product. ‘As long as it is legal,’ are the words they live by, and what they use to justify their actions. Women could not vote during the early stages of our country. Was that right? No, but it was legal.”

Individuals and organizations collect and distribute information that sheds light on the problem. One such site on Facebook operates to educate the public on the fate of wild catfish that are harvested for use in pay lake operations.

The page’s philosophy seems to be one of patience and reason. They state that they “…support pay lakes that strictly stock farm raised catfish…” and that they are, “…not here to shame anyone. Our mission is to ‘expose’ the overharvest of RIVER catfish for trophy pay lake stockings.”

This site and other individual posting verify that most pay lake trophy catfish have a high mortality rate. Perusing social media will uncover photos and videos that demonstrate the fate of trophy catfish that end up in pay lake situations. The photos of wheelbarrows and dumpsters full of dead catfish point directly to the issue. The death of trophy catfish, because of their transfer to pay lakes, are not an acceptable outcome to sportsmen and women.

Many wonder how successful a pay lake angler really is, if the trophy catfish he holds up for a photo looks skinny, sick and full of sores? The likelihood that the fish will die, and not be available for anyone else to catch in the future, is high.

The “UGLY” in our scenario is the theft of these trophy catfish from future generations. It is a saddening thought to sportsmen that their kids and grandkids might not have the opportunity to catch trophy catfish.

Catfish are slow growing and they have to live a long time to reach trophy size.

As long as trophy catfish are taken from public waters only to meet their death in a pay lake or on someone’s dinner table, there are fewer available in the future.

Because those trophy fish are the brood stock for more big fish, the death of just one must be multiplied numerous times to account for the offspring they would have produced. According to sciencing.com, “Mature catfish can lay 4000 to 100,000 eggs. The larger the female, the more eggs she lays.”

How many times have you heard the “old timers” say, “It’s just not like it used to be.” Their kids and grandkids can still catch trophy catfish in some places, but what about ours? They should not be robbed of a future that includes the opportunity to fish for trophy cats.

Supply and demand works well in private markets that lack the side effects often present when the resource is public, as is the case of catfish. When nobody “owns” the resource, markets don’t work so well. In the case of trophy catfish there would be no problem if fish hatcheries could produce trophy catfish to sell to pay lake operators, but they can’t.

Because catfish are a public resource, private market forces will not solve the problem. Most observers agree that government will have to be part of the solution, but like most government action it can take some time.

Education will play a large role in this issue, and that takes time too.

Legislators and resource managers must be convinced of the seriousness of the issue and asked by their constituents to solve it with regulations and enforcement that will protect the wild catfish from the fate awaiting them in pay lakes. Government intervention is a common solution when markets fail to deliver an appropriate outcome.

This problem can have a happy ending as states adopt strict regulations that limit the number of trophy catfish that can be harvested. It just needs to happen sooner rather than later, so that our kids and our grandkids have the opportunity to enjoy the thrill of catching trophy catfish too.