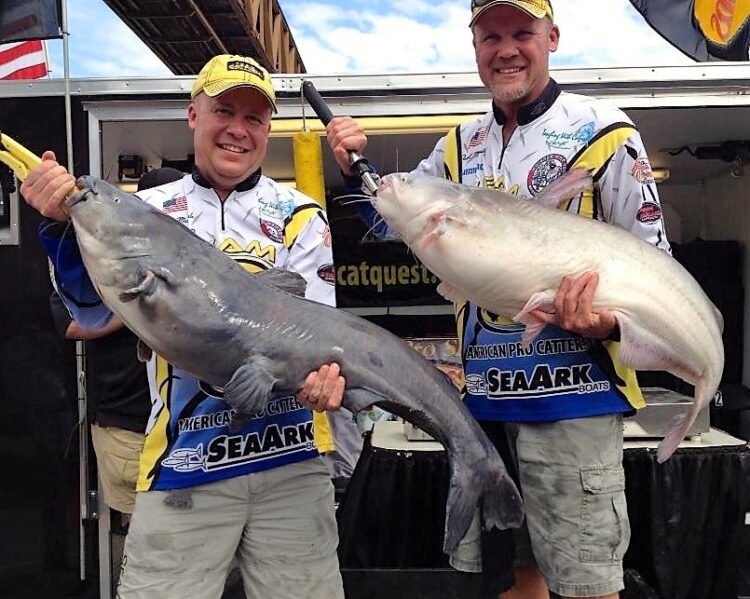 The 2017 Mississippi River Monsters tournament in Memphis will feature prominent anglers and tournament teams in a series of catfish seminars. The Friday afternoon event promises to provide more catfishing information in four hours than an individual could accumulate in years of fishing on their own.

One of the distinguishing elements of tournament catfish anglers, and catfish anglers in general for that matter, is their willingness to share what they know with others. The Angler Roundup seminar series is being introduced to do just that in a short period of time. If you have questions about catfishing you need to invest the time to be there on September 15, 2017 at the pyramid at Memphis, TN.

The final seminar of the day will take place at 3:00 pm. It is hosted by the catfishing brothers of Jason and Daryl Masingale. The Masingale Catfishing team is known for their ability to catch fish in any water under varying conditions.

“They always do what needs to be done to catch fish,” said one Masingale follower. “After a tournament, they don’t mind talking to all the young or older anglers out there and share what they know with them.”

Sharing information is exactly what Jason and Daryl will be doing in the Pyramid. They will talk about techniques and equipment that they use for fishing on the Mississippi River.

Their presentation will include Q&As so individual anglers can ask their questions. This seminar will be extremely helpful for first time anglers on the Big Muddy, but it will include great information for any level of catfish angler.

Other well-known anglers that will be presenting at Angler Roundup include Jeff “Big Daddy” Dodd from Tennessee, Natalie Wilbanks and David Shipman from Mississippi, James “Big Cat” Patterson from Memphis, and Glenn Flowers, from Florida.

Regardless of where you fish, there will be plenty of tips and techniques that you can use in your own backyard. The Angler Roundup begins at noon on Friday and runs through about 3:45 pm. For fishing teams, the next event following the seminars is the Captain’s Meeting at 6:30 pm.

For more details on the 2017 Mississippi River Monsters Catfish Tournament and Angler Roundup visit the website at www.msrivermonsters.com or the MRM Facebook page.