Why We Catfish: A Guest Editorial by Rusty Jackson 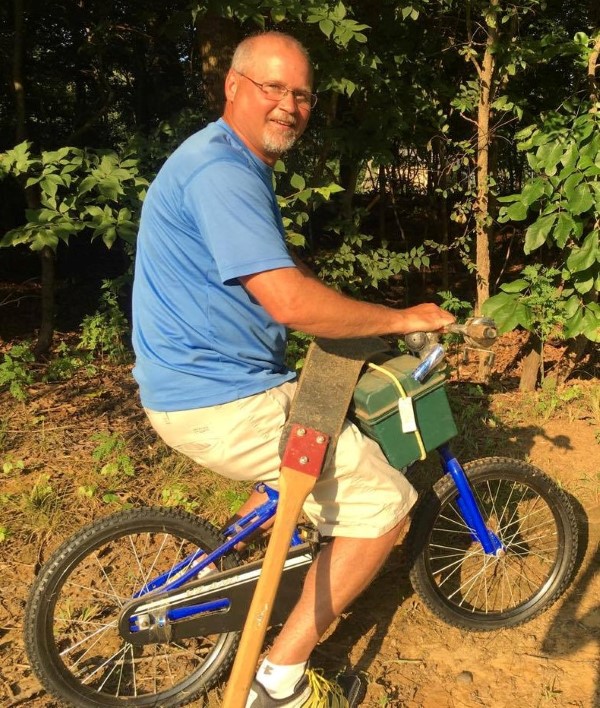 Editor’s note: Rusty Jackson is an avid catfish angler. He fishes competitively as a B’n’M Prostaffer with his partner David Magness. Much of his current day fishing is done on the Mighty Mississippi near his home in Olive Branch, Mississippi. His expeditions often include his son Cooper.

The best spots are always on the other side

A green metal tackle box, corks, #8 cricket hooks, a few split shot sinkers, a 6-foot stringer, and a home-made cricket box with a rope handle was readied for use. Of course, the box was full of black crickets that I caught myself by turning over every board and log within five miles. Add a Zebco 33, mounted on a 5 ½ foot black fiberglass rod, and that was my fishing arsenal when I was 7 years old.

As we put these things in the back of the pickup I could hardly contain the excitement in anticipation of seeing the cork disappear under the water. As a bonus, there was a good possibility that I would get to drive the green and white Ford with “three-on-the-column” to the pond. Some of my earliest memories, and for certain, some of my happiest moments, were when I was fishing.

Fishing was what we did on the weekends. Everyone in my family fished, even my sister and grandmother. I called grandmother Mamaw. You better believe she was serious about her fishing. If you caught a bigger fish than her, you better get ready because it was game on until she was back on top!

Mamaw was competitive. She didn’t like to be passed on the road by other cars either. Now that I think about it, I may know where my competitive streak comes from.

My grandfather, better known as Papaw, took every opportunity he had to take me fishing and hunting. I have followed the same tradition with my son. This early introduction to the outdoors paved a way of life that would continue as I got older.

I still love to fish as much today as I did then. Some would even argue that the passion has grown exponentially. I can still vividly remember fishing with my daddy and papaw just as if it was yesterday. Sometimes it was with a top-water Devil Horse or Lucky 13 for bass. Other times it was baiting up a “J” style Mustad or Eagle Claw hook with crawfish, or catalpa worms that we gathered the day before for some catfish action.

It was also fun when a big bluegill would suck in a cricket, sink a cork and make the line slice through the water. No matter what the species–I was fishing, happy and making memories.

If you ever wanted to know where I was as a kid, just look for the bike with a Plano tackle box strapped to the back fender and a Zebco 33 across the handle bars. It would have been headed to the closest creek or pond.

I’m pretty sure my mom didn’t know that daddy gave me a machete to cut back the limbs and vines at the creek and on the pond levee, but it had to be safer than using the Old Timers pocket knife my Uncle Ralph gave me. “Yikes!” My mom would have undoubtedly asked, “Why on earth I would need a machete?”

The answer of course was that the best spots are always on the other side, covered with brush and sometimes an occasional wasp nest. I’m sure that right now you are probably thinking of fun stories from your past and can relate to how someone introduced you to the sport of fishing some time ago.

Fishing is my escape, my mental vacation, my “Calgon take me away” moment. The worries of the world are left behind when I’m on the water with a rod and reel in my hand. It’s like hunting with a blindfold; It’s the excitement of the battle with the unknown predator at the other end of the line below the water. And yes, occasionally when it is a small fish on the other end of the line, I do feel like a bully! LOL.

I’ve never thought about why I fish, I’ve just always done it. It’s just who I am.