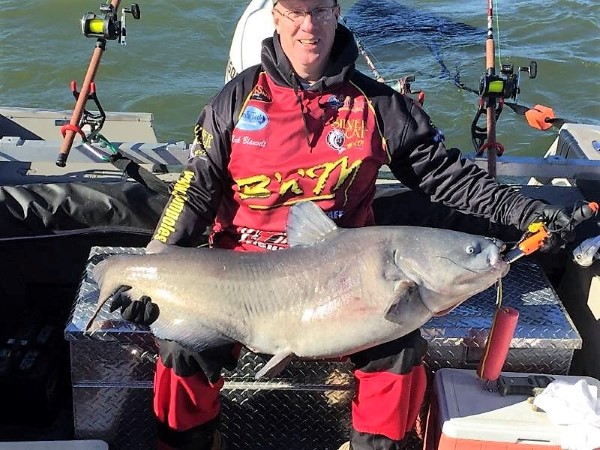 Tournament Mortality? Yeah, that’s right. I am talking about the elephant in the room that everyone likes to avoid. Sure, we all know it happens, but it’s always at another tournament trail or in someone else’s boat, because it “NEVER” happens to our fish.

This is a common response when folks hesitantly bring it up at a tournament or on some of the more popular social media sites. So, now that I’ve brought it up, let’s be clear on a few things. First, it happens, and it happens at many tournaments and sooner or later it will happen to you! Now for the naysayer and deniers, I can tell you that if you have never lost a fish, you haven’t fished enough tourneys. I can honestly tell you that I have lost a few fish and even released a few more because they did not look healthy enough to hold in the livewell.

Now that it is out in the open, we tournament anglers need to step up our game, because as much as we want to blame the lack of big fish on commercial fishing and pay lakes, we are our own worst enemy. As the sport grows, and more and more folks are learning how to catch large cats, and get into bigger and bigger tournaments, we are adding to the mortality rate of the very fish we all love to catch and want to protect.

It’s a double-edged sword. The more the sport grows, the more folks that are fishing and prefishing tournaments, and the more bigger fish that are brought in to the scales. Many of those fish are getting heavily stressed and when released, even though they are swimming off, still may die within a few days or even weeks, not to mention the ones that are belly up at the release.

It’s time that we, the tournament guys, step up our game to better handle the fish. We need to take better care of them in the livewell and getting them to the scales so that the mortality rate after the tournament is lower. I propose a few ideas that, in the future, will certainly help all the way around.

Landing fish can be hard on them if you are using a heavy knotted braid net. Instead, look for smooth rubber coated ones that do not cut into the fish from the sheer weight. The knots can cut them and/or remove a lot of the slime.

Laying the fish on the bottom of a diamond plate floor on a hot sunny day can literally burn the fish. Instead, use a landing mat or unhook the fish on top of the net to protect its belly.

If you are catching fish from more than about 25-28 ft deep, learn how to safely burp a fish. Check out YouTube for videos on this.

Weighing the fish can be a chore. If they are smaller, like less than 10 pounds, you can easily lock a fish gripper on the lower lip and weigh it vertically. But once fish get bigger then about 10 pounds it is important not to have the entire weight of the fish on its lower lip. The next best way to weigh the larger fish is either in the net or better yet by using a weigh sling. Slings are great, very easy to use, inexpensive and can double as a fish mat for the bottom of the boat.

I might add, there are several newer culling systems that use clamps instead of poking a hole through the lower lips. These are highly favored because there is no need to poke holes in the fish that could cause an infection site.

The livewell is another element of the equation that needs attention. Always make sure you have enough water in the livewell before you land the first fish. Make sure you have a large enough livewell for the fish you may catch. Typically, the very max amount of fish you will be able to hold is about two times the gallon capacity of the well.

If you have a 40-gallon livewell, then about 80 pounds of fish is close to the maximum that you’ll be able to safely hold. A lot of that depends on the size and number of the fish.

Also, it’s more important to have bottom area then it is to have depth in a livewell. Catfish all want to sit on the bottom, so a 55-gallon barrel is no good. I’d much rather have a 40-gallon rectangular livewell with more space on the bottom for the fish to spread out.

“…the very max amount of fish you will be able to hold is about two times the gallon capacity of the well.”

Always aerate, and if your system can do it, always pump fresh water into the livewell on a continual basis. This action keeps fresh and cooler water on the fish. Adding a livewell treatment is good too, since it calms the fish and protects the slime coat.

Having calm fish in the livewell is the key to keeping them lively at weigh in. If your livewell can not pump fresh water in, then be ready to bucket or pump the water and change it every 2-3 hours. A simple bilge pump attached to a hose can do this cheaply. If your livewell has a pump inside, its operation will slowly warm the water, so replacing water is vital on warm summer days.

Remember also, if your livewell is painted a dark color, it will attract heat and warm the water quicker.

Many folks are now running oxygen and that is a great way to hold fish, but it can be a little expensive and it’s important to not “burn” the fish’s lungs with too much oxygen.

If you are using oxygen, or run an aerator, it’s important to vent the lid of the livewell to release toxic gasses that can build up. We have all opened a livewell and gotten a blast of warm stinky fish breath.

If you are running a simple pump and aerator, I suggest also adding a 12-volt Mr. Bubbles aerator to add oxygen from the bottom up vs just a spray bar that shoots to the surface. I have done this for years and it really helps running both at the same time.

Getting the fish out of the box and to the scales is also stressful. This is a crucial time to protect the fish, since they are about to be out of the water for a few minutes. Anglers need to minimize this time as much as possible, since fish are already stressed.

In smaller club level tourneys with channel cats and smaller amounts of fish, I bring a large Rubbermaid tote with a latching lid. I fill it at least halfway up with water from the livewell. Remove the fish quickly from the livewell to the tote, making sure heads are down in the water. Then quickly bring them to the scales. Pull the fish out of the tote and into the weigh-in basket, leaving water in the tote. The fish can go back into the tote for the for transport back to the release point.

Bigger tournaments where you have a drive through weigh in are nice. Still, it’s important to flush the livewell with fresh water before you pull out. Also switch your system from pumping fresh to recirculation of the same water. This is where oxygen is a plus. You can also add a separate air stone bubbler for added aeration. All this is really a must if you are in a long weigh-in line.

The last point I want to bring up is that when folks show up for a tournament, even club level ones, the “Livewell Check” should include a visual inspection of the tank being used. Depending on the waterway, and the size of the fish typically caught, a minimum gallon size should be enforced that will insure safe storage of the fish.

I realize directors do not want to do this because they may lose some entrants. But let’s face it, if you are going to enter a tournament, on a watershed that winning weights are 120 pounds for the day, then you need to be responsible enough to be able to provide a large tank to care for those fish.

I do not have all the answers, but we need to see more emphasis put on entry forms with at least a recommended livewell size. The recommendation would educate folks on what they should have in the boat.  We all know that a huge fish will happen to someone with a small cooler on the boat.

These are my ideas. While not perfect, it is important that all anglers and tournament directors are in this together. We share the responsibility when it comes to catching, storing, weighing and releasing our trophy catfish.