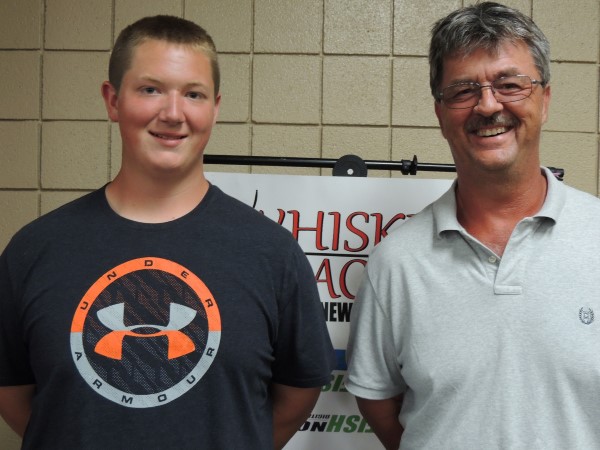 A Guest Editorial with Madison Atkins and Christopher Grose

Editor’s note: In this special issue of CatfishNow, dedicated to catfish youth, we ask two tournament catfishing youth why they catfish. Their answers are recorded below. It is our hope at Catfishnow that more young anglers like these two will join the sport of catfishing. It is dedicated and passionate youth like these two that will help the catfish community grow.

The future of the sport

Christopher Grose started catfishing around the age of three or four. Like many other serious cat men, it all started with a family member taking him fishing. Chris started off with a bang on Santee Cooper.

“The first catfish that I ever caught was a 35-pound flathead,” recalled Chris. “I was fishing with my grandfather on Lake Marion in Manning, South Carolina. When it was pulled out of the water I will never forget how big it was in comparison to me. I would say that was when I got hooked on the sport of catfishing. Ever since that day I spend about every weekend on the water fishing.”

Catfishing is more than just the fishing for Chris. In addition to the thrill of catching a big catfish, it is about the experience, nature, memories, friends and family.

“I like to catfish mainly for the memories I make while doing it,” explained Chris. “In the last two years my father and I have traveled to many different states and places. I have made memories in those places, that if it were not for catfishing, I would never have made.”

“Those memories include seeing the sun set over the Cyprus trees in Lake Marion,” continued Chris. “And, watching the tugboats work along with the never-ending barges on the Ohio River.”

“And best of all, pre-fishing tournaments with my father,” concluded Chris. “We love trying to figure out where the monster will be lurking, an activity that would be nonexistent if it weren’t for the sport of catfishing.”

“The memories I make while fishing for catfish are why I catfish.”

Madison Atkins is a product of a supportive family. Paul and Jennifer Blackwell have supported and encouraged Madison to follow her interest in fishing. She is relatively new at it, having started just last year.

“I started catfishing in 2016,” recalls Madison. “I got started by prefishing for tournaments with my stepdad Paul. “Then I fished my first tournament with him on Lake Greenwood.”

She took to tournament fishing pretty quickly. She describes it as a lot of hard work, but a natural competitive spirit helped her enjoy the sport. Winning third place in that first attempt at tournament fish provided some early reward.

“My favorite part about tournament fishing is not knowing who will win and having the extra strength to put in more effort. I️ think the main reason I️ love to tournament fish is the competition and the effort to push harder.”

Madison’s experience and success grew from those early days as her love for the sport grew. In her short but admirable catfish career Madison claims a personal best blue cat of 59 pounds and a personal best flathead of 38 pounds. Those are numbers any catfisher could be proud of.

“Some of my favorite things about catfishing is not knowing what size fish you’re going to catch” offered Madison. “And, not knowing if your even gonna’ catch a fish. I love knowing that the fish is still on the hook when we get the net out.”

“I like to catfish for many reasons,” concluded Madison. “It takes a lot of patience and skill to consistently catch big fish; they are the biggest predator of all the fresh water fish; and you never know what you’ll catch, from a 10-pound dink to a hog. The final thing I like about catfishing is just being on the water.”