Why We Catfish: A Guest Editorial by Eric Carlson 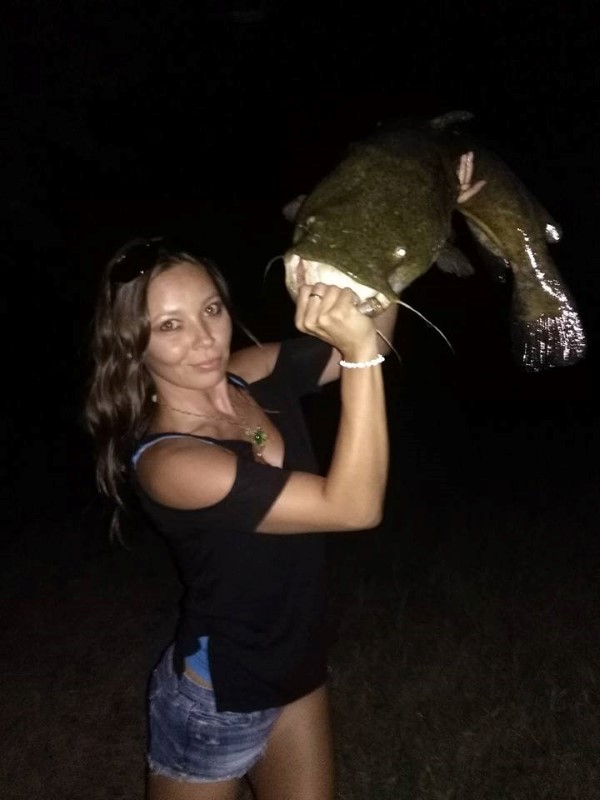 The tug was the drug

The truth of the matter is, fishing has saved my life. Most of my childhood was a bit rough. A lot of my friends are dead, in jail, or on the way. But catfishing and fishing in general, big or small, bluegill to catfish, and everything in between has always intrigued me.

My father, grandfather, and great-grandfather all loved to fish. It’s probably because of them, I have been fishing since I could walk.

It doesn’t matter if its late at night or early morning; spring or fall; hot or cold; Being able to hunt down a big catfish helps me put everything into perspective. Whether there is positive or negative in my life, I am spending time doing something that makes me happy and helps me forget about life’s troubles.

Honestly, after catching almost every fish possible, I got to a point where I recognized that catfish was the biggest baddest freshwater fish I had around me. So, I decided, at a young age, that I was gonna’ catch the biggest catfish in my local rivers and lakes.

With that realization, I was hooked. I caught my first near 20-pound flathead before I could drive. It was a positive addiction that grew. All I could think about was catfishing. I began to concentrate on getting more gear and better boats to help me catch bigger fish.

The addiction was real. The tug was the drug. I love the habits of the flathead, the way they fight and the way they look. I love the different colors of camouflage, their amazing ability to heal, and how they breed. Catching them can be so easy and yet so hard. And, when you lose a few giants that felt like 100 pounds, it makes you want to come back and try again. These are all reasons that contribute to why I catfish.

My enjoyment of catfishing grew more when I convinced my girlfriend of almost 19 years, the love of my life, Crystal Mannella, to join me in catfishing. It’s been over 10 years now. Instead of one, we have two addicted minds thinking about how to catch catfish. And, it’s getting more and more serious everyday. She helps me so much with social media and is my fishing partner too. For that I’m grateful, even if we bicker like a old married couple sometimes.

I decided to do as much as possible to make this hobby my job. I believe in Catch-Photo-Release (CPR) and I want to share that belief with others. As a result, I created Hells Anglers Fishing Club, American Flathead Anglers, and CPR Catfishing N Conservation on Facebook. I want these pages to help promote the sport and teach anglers the importance of CPR. I do the same thing locally when I talk to other angers.

I also release a lot of giant fish of all kinds. And, I clean up my local waterways almost daily. I also rehab/rehome rescue pets that have been a part of the pet trade and otherwise forgotten like trash.

I saved a baby flathead from death the other night. The fish was less than 12 inches long and had been on a stringer for God knows how long. Crystal and I also remove jugs, limb lines, or any other way of fishing that’s not legal. I figure every little bit helps.

In addition to just liking to fish, I love the camaraderie and sportsmanship that exists in the catfish community. I witnessed more examples of it at the September Mississippi River Monsters Tournament in Memphis.

I was fortunate to represent St. Croix Rods and Glenn and Sandy Flowers in the MRM Angler Round Up. Most of the catfish community is truly like family to me.

It’s hard to say, in a short article, but the reasons why I catfish, include the reasons expressed above, but mainly it’s being out of the house, off the internet, away from the TV, and enjoying the great outdoors. I think that is what attracts people to fishing. For me it gets much deeper than that. Fishing is a part of who I am.

Eric plans to take his passion a step further in 2018. His River Rats Guide Service will become reality. Eric will be the first catfish guide on his local Fox River. He will also do some guide trips at other locations during early spring and late fall for crappie and bass. But during flathead season it will be on the Fox River. Anyone wanting to book a trip can find his River Rats Guide Service page on Facebook.