So the Catfish Conference is in Louisville 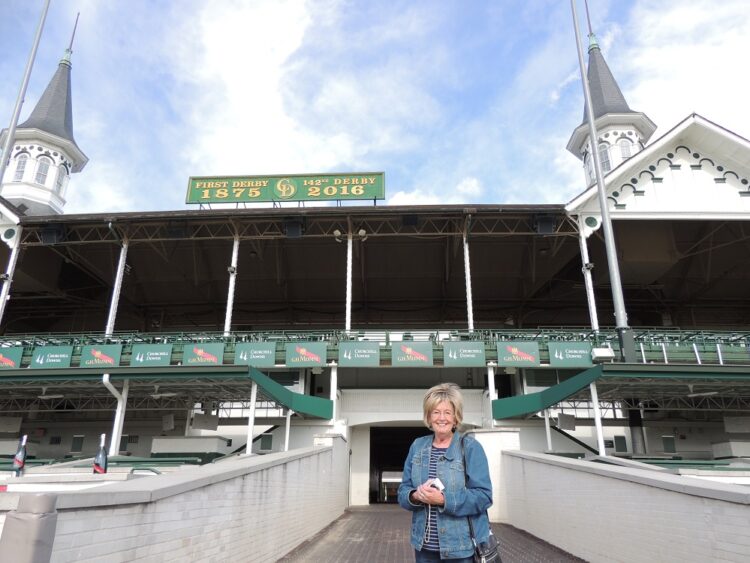 As the sport of catfishing grows, so grows tournament trails and events like Catfish Conference. Louisville, KY was the location of Catfish Conference 2017 and it will be again in 2018. With the next opportunity just around the corner don’t fail to leave some time from conference activities for the many other attractions that Louisville has to offer.

Catfish gear, techniques, and camaraderie is the theme of the Catfish Conference, but history and culture are the theme of this great American city, one of the oldest cities west of the Appalachian Mountains. Founded in 1778 by George Rogers Clark, the city was named after King Louis XVI of France. Never mind its actual age, however, because today, Louisville is a modern American city.

As I pack for my visit to the Blue Grass state, the Derby City is on my mind. Louisville offers plenty of interesting attraction that will peak the interest of out of town visitors. It is a good place to bring the family and see the sights depending on your own personal interests. There is literally something for everyone.

Personally, I can’t think about Louisville without thinking about the Kentucky Derby and Louisville Slugger baseball bats and a previous visit I made to the Muhammad Ali Center. All are on my short list for my journey to the city.

The Kentucky Derby Museum/Churchill Downs should be on your list of places to visit. The museum is adjacent to Churchill Downs, an amazing complex representing years of sports history. Imagine, the first race took place on May 17, 1875.

I recommend starting with “The Greatest Race.” It is a theater-in-the-round type of media event that tells the story of the Kentucky Derby. Participants set on swiveling stools while the story is told in greater than life-size proportions around the oval screen above the arena.

Watching the movie sets the stage for a guided 30-minute walking tour that reveals the history and pageantry of Churchill Downs Racetrack. Following the tour, you can leisurely explore two floors of family-friendly interactive exhibits. All this is included in the admission to the facility.

“Visitors can admire the world’s largest bat and discover a prehistoric baseball glove,” revealed a Louisville tourism spokesperson. “You can also count the home run notches that Babe Ruth carved into his Louisville Slugger, and hold the actual bats used by such baseball legends as Micky Mantle, Johnny Bench, David Ortez, Derek Jeter and many more past and present baseball heroes. Finally, visitors receive their very own baseball bat sample from one of the city’s most iconic attractions.”

On a previous visit, I took a few swings with one of Mickey Mantle’s bats (See photo). It felt good to be back in the batter’s box again.

My next recommendation is the Muhammad Ali Center. The award-winning museum celebrates the life and legacy of the world-class boxer who I first knew as Cassius Clay.  The museum is housed in a six-story multicultural center with an orientation video to get you started. Take the escalator to the fifth floor for the video and then work your way back down to the entrance.

The museum features exhibits spotlighting the six core values Ali strived to live by throughout his life. Those values are confidence, conviction, dedication, respect, giving and spirituality.

Highlights include a mock boxing ring, Ali boxing memorabilia, a theater that screens a short film showcasing Ali’s life, and a full-sized boxing ring, where a large screen presentation displays “The Greatest,” his signature fight.

Believe me, you will be highly impressed by the content of the many interactive displays that chronicle the life of Ali. You can spend as little or as much time as you want to peruse the exhibits, many supported with historic video footage. Depending on your age, your visit will be either a walk down memory lane or an education related to the life of this incredible athlete and humanitarian.

As far as eating places, I hardly know where to start. Maybe you could take in a restaurant/bar on the famed Urban Bourbon Trail. As most folks know, Bourbon is a whiskey that has long been associated with Kentucky. The Urban Bourbon Trail consists of 34 bars and restaurants that showcase Kentucky’s best. You can also visit an actual distillery. There are several on Whiskey Row, including Evan Williams Bourbon Experience, Peerless Distillery and Angel’s Envy, one of the newer ones.

Some of the Urban Bourbon Trail restaurants are located on what’s known as Whiskey Row. To name just a few, you could visit the Bristol Bar & Grill, O’Shea’s Downtown, Sidebar @ Whiskey Row, Troll Pub Under the Bridge, Proof on Main, Jockey Silks, Down One Bourbon Bar, or Doc Crow’s.  They are all good places to eat. Check them out and you can decide which menu sounds the best to you.

The restaurant that caught my eye the last time I was in Louisville was Merle Haggard’s Whiskey Kitchen. It is right downtown on the way to the Ali Center. It has outside dinning, great food, and constant Merle Haggard music. It would be a great place to rest and relax after a day visiting the Catfish Conference.

Even though it may be the Catfish Conference that is prompting your visit to Louisville, don’t miss the numerous attractions available in the area. You can easily make it a trip to be remembered. Among the positives you will find are an atmosphere of friendliness and a willingness to please.

For more information on Louisville visit the website at https://www.gotolouisville.com. The truth is, you don’t need any other reason to visit, the city itself is reason enough!