Catfish Conference – Birth of a Tradition 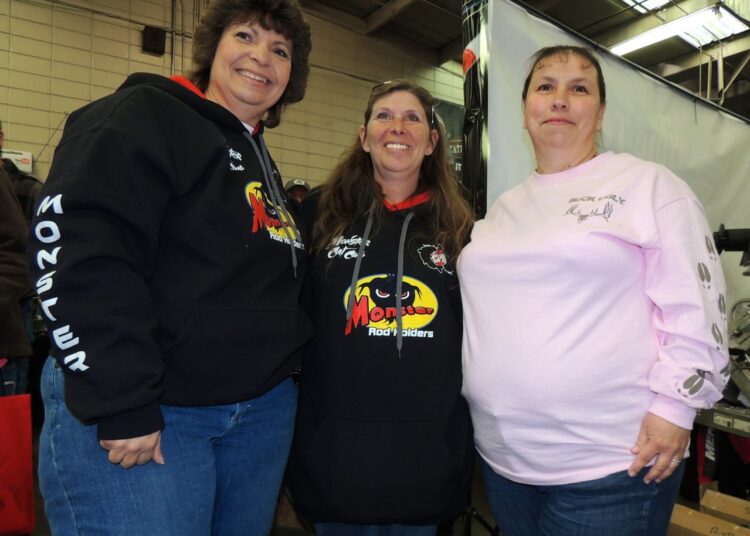 No one really knew where it would go when several catfish fanatics launch the first Catfish Conference in 2016.

The underlying premise was simple, it was all about catfish. Catfish anglers, catfish vendors, catfish families, catfish boats, catfish seminars—if it had to do with catfish it was welcomed with open arms at the inaugural Catfish Conference 2016.

Here’s the skinny on how it got started.
The idea came from discussions between catfish aficionado Steve Douglas and Jim Hopper, General Manager at Jeff Jones Marine.

Douglas, known to many as “The Catfish Dude,” regularly shares his knowledge of catfishing through his videos aimed at teaching others about catfishing. He is also the owner of Monster Rod Holders.

Jim Hopper, General Manager at Jeff Jones Marine, was selling and outfitting catfish boats and had a passionate interest in the industry. Hopper had been a boat dealer for about six years and had noticed the growing interest in tournament catfishing.

On-again, off-again discussions had been going on for a couple of years about having a dedicated catfish event. The discussions always evolved around the idea of stimulating the sport of catfishing and helping to grow the catfishing community in a positive way.

One day, Hopper made the call that started things rolling towards the first-ever catfish conference.

“I called Steve Douglas to ask him if there was any kind of yearly conference or trade show for the catfish community,” recalled Hopper. “He said that most of the time they were always at tournaments and there wasn’t much time for anything other than fishing.”

Douglas’s recollection was similar. “Jim Hopper is the catfish guy over there at Jeff Jones Marine,” said Douglas. “He has talked to me over the last couple of years about doing one of these. He called me about a month ago, out of the blue, and asked me what I thought about it. I just said let’s do it. That is how it got started. It happened just that quickly.”

That call, and the decision to go forward culminated in what’s now known as Catfish Conference and a weekend in February that is greatly anticipated by catfish anglers, friends, and families.

“We pretty much decided on that same phone call to have something prior to the 2016 fishing season,” explained Hopper. “I had attended several boat shows over the past several years and noticed that everything revolves around bass fishing and there was nothing offered for the tournament or casual catfisherman.”

“We wanted to educate and introduce catfishing products and services to catfishing enthusiasts of all skill levels,” added Douglas. “This platform also gives anglers a networking opportunity for gaining potential sponsorships. It is for anyone interested in the sport and will include everything catfishing.”

At the time of their final discussion, Hopper said they handled 4 of the 6 manufactures of catfish specific boats. Those 4 boat builders were represented at the first conference.

Douglas and Hopper agreed that they wanted an event that delivered the opportunity for the catfish community to see the products available to them. Products that help them catch more and bigger catfish. After the original announcement, the list of participants grew to around 30 catfish specific vendors.

As the date approached in 2016 the Jeff Jones dealership was turned into a conference venue. Space that was normally work stalls, with jacks and hammers, and wrenches, became a display area. Vendors brought everything from simple tables to fancy booths and set them up on the dealership floor.

The front lobby contained a couple of booths, a registration area, and a photo experience where any attendee could have a photo taken with family, friends, and attending dignitaries. A tent was set up adjacent to a large roll-up door to provide a space for seminars.

The one-day event was scheduled to open at 9:00 on a Saturday morning. By 8:00 Jeff Jones Marine dealership was packed with shoulder to shoulder catfish fanatics who just couldn’t wait for the 9:00 opening. It was an overwhelming success.

The Next Conference
Now, just two short years later, the 2018 Catfish Conference is presented by SeaArk Boats and is being held in the large conference venue at the Crowne Plaza Airport in Louisville, KY. The cohosts are Monster Rod Holders, Jeff Jones Marine, and Business House. The dates are February 23 and 25, 2018.

There will be plenty of catfish information flowing from discussions at the booths and in the isles, but a highlight of the event will be seminars by well-known anglers. The seminars will give amateur and advanced anglers the opportunity to listen, ask questions, and learn from the best cat men and women in the business.

That simple discussion between two friends has resulted in what can only be recognized as a catfish tradition!

Scroll on for a few more photos from the first Catfish Conference.