The P in CPR: 14 Ways to Improve Your Catfishing Photos 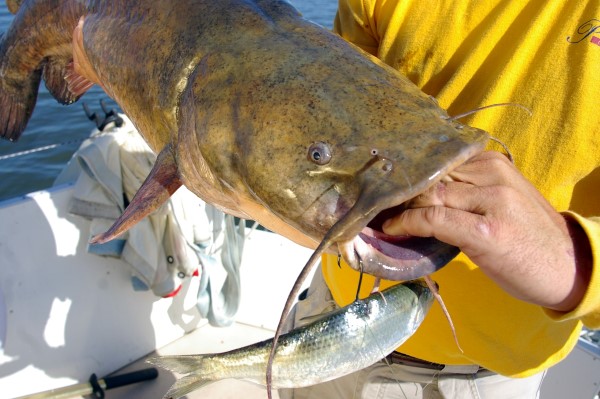 Anyone can capture memorable images of favorite catfishing excursions using these simple tips.

We’re all familiar with the term CPR as it relates to catfishing: Catch, Photograph, Release. Practicing CPR helps us assure we’ll have plenty of cats, including some trophies, to bring joy to all who love catfishing.

The P part of CPR—photograph—probably doesn’t get as much attention as it should. Many photos I see are poorly made and some portray our sport in an unfavorable manner.

If you’re the person being photographed, or the one shooting the photos, don’t you want them to be good? Of course, you do. And shooting good catfishing photos really isn’t that difficult, even if you’re a novice with a camera. Following these simple guidelines can get you started.

Carry a camera when you go fishing. The reason most big catfish get photographed indoors or in the carport is because there’s no camera available on the river or lake. The only way to avoid this is to have a camera or smartphone ready on the water. Keep it handy in a waterproof bag until you need it, stowed in place that’s handy yet safe.

The right lens. If your camera works with interchangeable lenses, consider using a wide-angle zoom lens in the 28-80mm range. Such a lens is perfect for shooting most catfishing photos. It lets you capture your entire subject, even within the confines of a small boat, and also allows you to zoom in or out so you can compose a variety of unique shots. Point-and-shoot cameras that allow wide-angle shooting are good as well.

Shoot fresh. For the best images, stop fishing and shoot several photos as soon as you’ve landed a cat you want to photograph. If you keep a cat too long, especially in warm weather, it will lose its natural colors and start looking blotchy. Fish like that don’t look good in photos. Also, if you intend to release the catfish in a healthy state, you need to do so within seconds—another good reason to shoot your photos as soon as you land the fish. Have a fishing companion hold the fish in the water while you grab your camera, then get your shots before your fish becomes stressed and starts looking unphotogenic.

Shoot “outside the box.” It’s often difficult to position big flathead, blue or channel cat for a good shot when you and your companion are in the same boat. If you’re fishing with friends in another boat, you can position the two crafts side by side and shoot the fish as it is being held by someone in the other boat. Or pass the camera to your buddies and have them shoot a picture of you with your catch. If two boats aren’t available, get out of your boat onto the bank or in safe, shallow water and photograph the fish while your companion holds it. You may want to carry some waders or hip boots so you can do this without getting soaked

Focus on the eye. Catfish have rounded bodies. That means if you’re snapping a side shot of the fish, different portions of the fish lie in different planes of focus. If you focus on the fish’s side, the eyes might be out of focus, making the fish look lifeless and dull. So, when snapping your shot, focus on the eye instead. This will help assure you get vibrant photos of a healthy looking fish.

Light right. When shooting in bright sunlight, get in a position where the fish is well lit, but keep the sun off one shoulder, not directly behind you, so no shadows appear in your photo. It may be simpler, and the results are often more dramatic, if you move in close and use fill flash to light up your subject.

Dress bright. Ask your friends to wear solid, brightly colored clothing on your fishing trips. Shirts, jackets and hats that are some shade of red, yellow, green or purple stand out best in most fishing scenes. Avoid white clothing if possible, which tends to get lost against an overcast sky or reflective water.

Avoid a posed look. When photographing people with catfish, try to avoid a posed look. Have the person look at the fish, not at the camera, and ask them to keep the fish properly turned to display it best—not belly up or turned at a funny angle. Avoid those “grip-and-grin” shots all too typical of the bait-shop bulletin board.

Avoid clutter in your photos. If you’re in a boat, get rid of drink cans, used fishing line, bloody cut bait and other items in the background that can ruin a photo. Also make sure your photos don’t show a fishing rod or fishing line across the angler’s face. And watch for the tip of a rod behind an angler that may appear to be growing from his head or shoulders.

Shoot a variety of photographs. Photograph as many different aspects of your trip as possible. You’ll certainly want to shoot photos of the fish you catch, but also capture the setting, the season and the people. Take pictures of people as they’re relaxing, waiting for bite, or back in camp cooking a mess of eaters for dinner. Be attentive for opportunities to get photos that show beautiful scenery and wildlife as well. Organized together in a scrapbook or computer slide show, a mixture of photos such as this will provide lasting memories that show all the facets of your fishing trip.

Take pictures near dawn and dusk. One great way to capture dramatic catfishing photos is to take some pictures at dawn or dusk when the sky is blazing with brilliant colors. Near dawn, fog and mist are likely to rise from the lakes and streams, creating a veiled light that gives the sun and landscape elements a soft magical appearance. As the sun sets, you can use fill flash to light your subject and capture dramatic images with vividly colored backdrops.

Instant replay. If you’ve missed the original action, consider reenacting the scene. Have a buddy place his hand (or a landing net) and the whole fish under water and bring it up sharply to create splashing water. Do this immediately after a fish is landed so it will still be fresh-looking, and shoot with a fast shutter speed to stop the action.

Make it easy for companions to shoot photos. If you’re the only person with a camera, instruct a companion in the use of your camera before the action starts. Use automatic settings, if possible, to simplify the process of getting a good shot. Then position the camera where it’s easily accessible to both you and your friend. After all, you’re an important part of this story, too.

Plan your photo time. If you can’t bring yourself to put your rod down and pick up a camera, plan an hour or so of your trip, near the end of the day if possible, just for shooting photos. Set that period aside, and get the pictures you want for your family scrapbook or the bait-shop wall. You’ll be glad you did.