Our Son, The Catman 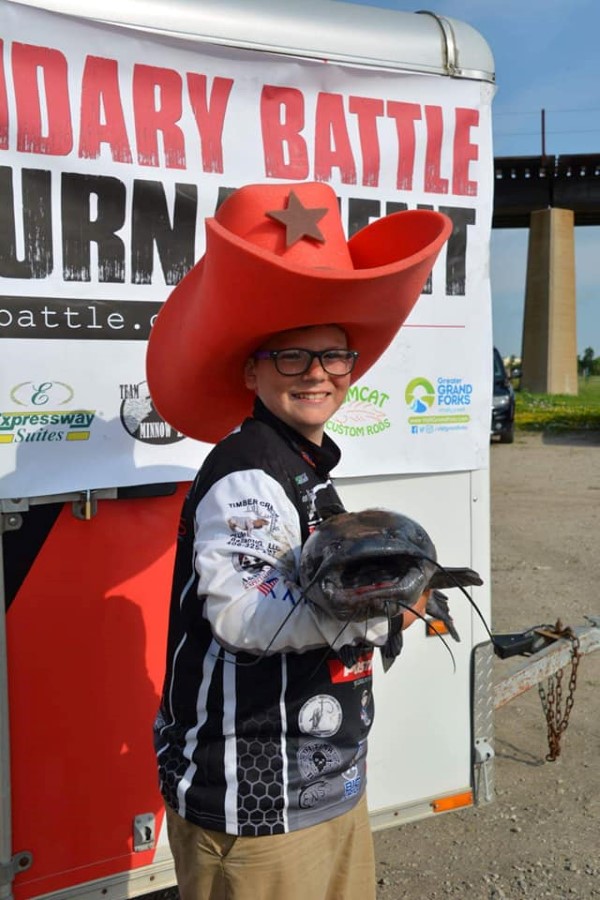 Turning a teenager from Montana into a nationally recognized tournament angler.

You might expect Spencer White to be moody, a little spoiled, and possibly a little irritating to talk to, he is, after all, a teenager. However, this young man from Montana will walk up to you, stick out his hand to shake yours, and introduce himself, surprising everyone he meets with his maturity and good manners. Yet Spencer is always surprised when the “Big Names” in catfishing already recognize him. So how did this well-spoken teenager from Montana become a well-known angler in the catfishing world?

Spencer is the youngest child in a family of four. With a considerable gap between him and his next eldest sibling, Spencer has spent the majority of his life hanging out with adults. He began fishing at a pretty young age. Crappie, bass, trout, catfish. He never cared what he fished for, he just liked fishing, and it was quickly apparent to us that he was a natural. His personal best smallmouth bass was caught at 8 years old, on a lure he picked out, tied on and cast by himself in the Yellowstone River. He knows the names and characteristics of every fish we have in Montana, often tossing out random facts in casual conversation. He has his own rods, his own tackle, and his own technique.

When we first began to fish competitively, we often had to leave Spencer home. However soon the rules changed and he was able to join us on the water as a youth angler. Spencer quickly proved to be a valuable asset to our team. Often his suggestions have been the key to a tournament win for our family. He sees the river with a different set of eyes. Where his dad and I often fall back to old patterns and habits (same technique, same location, same bait), to Spencer, everything is new. He is seeing the water with a fresh set of eyes and we have learned to take his advice very seriously. Spencer has two State Championship titles, as well as two Youth Angler of the Year awards here in Montana, and a growing collection of awards from across the country.

Now a seasoned angler, Spencer is entering his 5th year of tournament fishing. So far in 2019, he has visited 27 states, fished in 4 local tournaments and 7 national ones. He caught his personal best blue cat on Wheeler Lake in Alabama in April, his personal best flathead in California in August, and fished the nation’s largest, highest-paying tournament in Texas in October. He attended Catfish Conference in Kentucky in February and got to meet Bill Dance at the Bass Pro Pyramid in Memphis in September. Any one of these events might be a lifetime goal for the average angler. But for Spencer, this is just another year in his life. Now, back home in Montana for the winter, he gets just as excited about a day on the water catching channel cats.

“He sees the river with a different set of eyes.”

So, what does the future hold for Spencer? He has recently taken a great interest in video production. He saved up his tournament winnings from this summer and bought himself a professional-grade video camera. While in Memphis for Mississippi River Monsters, Spencer was asked to help with a “few things.” Under the guidance of Glen Thomas from RigRap, Spencer helped with everything from the daily big fish live feeds, the seminar videos, the captains meeting, and the live weigh-ins. He was running back and forth, adjusting camera angles, testing connections speeds, and sound quality. Not only was he helping with all of that, he was fishing in the tournament. Up early, fishing hard all day, and helping until the end. When everything was all over, and the stage was coming down, Spencer was found helping load boxes into trucks and rolling up banners. He had been up since 3:30 that morning. He more than earned his personalized, signed hat from Mr. Dance himself.

However, he is still a typical teenage boy. While he can spend upwards of 10-12 hours on a boat, often in less than ideal conditions, without a single complaint, he can still be very easily distracted and will do something that reminds us he is still a kid. We recently reviewed some video from a quick trip to the river, and rather than fishing footage we could use, we found a great video of a spider making a web on a branch.

We know we only have a few years left to fish together as a family. Once he turns 16 and no longer qualifies as a youth angler, we may be left with the difficult decision of how to split up the family team. Or he may discover something that interests him more than fishing has and will pursue that with the same passion. But until then, we will continue to fish with him, our son, The Catman.