How to Certify a Record Catfish 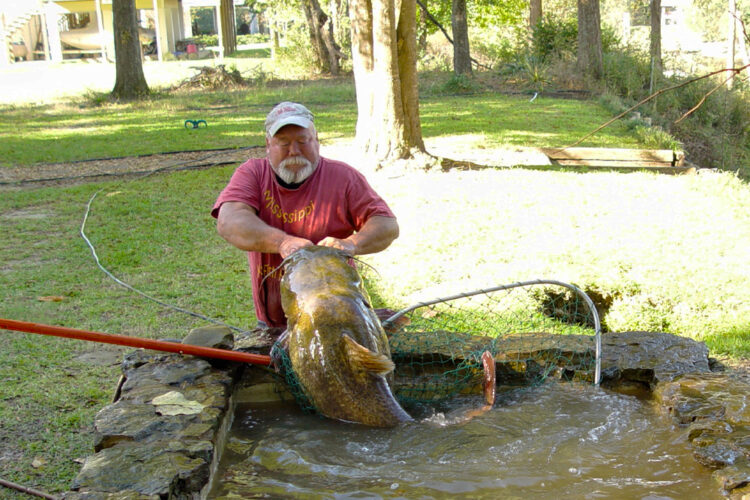 Conservation minded anglers may have to make a decision between claiming a state record and releasing a live fish.

The procedures followed to claim a catfish record vary from state to state. One common element is the need for certified scales to weight the fish. Common terminology describes such scales as being “legal for trade.” Legal scales can be found at feed and seed stores, grocery stores, and various other businesses. The problem is finding one with the capacity to weigh your trophy catfish.

The process of finding a certified scale can be time consuming and raises the issue of the health of the fish. Records can be accomplished with a dead fish, but most conservative minded anglers would rather release the fish alive.

In reality, the certified scales are only one of the obstacles to overcome in certifying a record fish. In most cases, individual states have an application that must be completed and the information required varies from state to state. I asked six anglers what it was like to go through the process of certifying a record catfish.

Joey Pounders is an avid flathead angler. The B’n’M prostaffer is a previous holder of Mississippi’s state record flathead. His story of what he observed and experienced provides lessons for anyone encountering the opportunity to earn a state catfish record. It took Pounders 29 hours to find certified scales.

Luckily for Pounders, his brother had a 500-gallon holding tank with fresh river water being pumped in. They placed the fish in the tank as they continued their search for certified scales. They finally found a bass club with scales that would weigh up to 75 pounds. The big flathead bottomed out the scale. The search continued.

“It was hour 29 when we finally found certified scales at our local power company,” recalled Pounders. “The fish weighed 77 pounds and was certified the next day after completing the written documentation. It was then released alive and well.”

“We had to do everything to get this fish certified,” added Pounders. “There was really no one to call for ideas or give answers to where we could weigh it. I see so many people in my same situation. I almost released it before being weighed and probably would have if it were not for my brother’s tank.”

Ohio angler Mark Blauvelt reports that in his state the potential state record must be frozen and there is no other way to certify a state record. Luckily for him, when he caught his record blue catfish, he was in West Virginia (WV) waters. WV certifies records for both weight and length.

“I got lucky as my fish was caught in West Virginia,” Blauvelt said. “Certified at 59.88 pounds, it was caught during a May 2016 King Kat tournament. Jeremy Coe made dozens of calls on that Saturday. He finally reached someone who worked at a hatchery. He drove two hours to certify my fish. They brought their own certified scales.”

“By the time they got there about six hours had pasted,” added Blauvelt. “I had the fish in the livewell for four hours before we put it into a bigger livewell that had oxygen. She was in great shape, even at release. But this fish was only 60 pounds and they are not as difficult to keep alive as bigger fish.”

In January of 2020, Justin Conner broke the WV length record with a 49.84-inch, 58.34-pound blue catfish from the Ohio River. Even though the fish was certified as a length record, it still had to be weighed on certified scales. Just like with Blauvelt, the agents brought their own scales.

“We called the DNR for a fish biologist to come and weight the fish,” stated Conner. “They then called us back and ask for our location. Then they came to us at the boat ramp we were near to weigh, measure, and certified the fish.”

Jonathan Pierce had yet another experience with the record 56.3-pound flathead that he caught in Pennsylvania. His record was caught from the bank within the city limits of his hometown.

In PA anglers have to get the catch weighed on a scale certified legal for trade; officers from Fish and Boat must do an official inspection and take measurements; and a formal application must be completed with appropriate signatures and photos.

Pierce’s catch included yet another variable because it was a holiday weekend and potential locations to find a certified scale were not open. Pierce used a plastic container to transport the record fish home. It sat in his backyard overnight, with an aerator providing oxygen.

“I caught the fish around 9 pm Sunday (Memorial Day weekend),” reported Pierce. “So, there was nowhere to take the fish to get an official weight. The next day I got in contact with a bait and boat shop (Blue Marsh Outdoors) that was able to weigh the catch on an official scale and get officers from PA Fish and Boat out almost immediately to do their inspection. I was lucky because I got the whole process done in less than 24 hours, and probably because the Fish and Boat guys patrol a lake very close to where the bait and boat shop is.”

Louisiana angler John Biscoe (Father Slime) recently had that hard decision to make when he caught a trophy blue. Using three different unofficial scales, two bottomed out at 97 pounds and the third indicated the fish would take the state record.

“To keep a fish that big alive in my livewell requires constant water changes,” Briscoe said. “I was worried that if I drove it 30 miles with no water change the fish would be too weak to release.”

“My wife sat in the car at the launch while I sat monitoring the fish in the boat,” recalled Biscoe. “I sat at the launch for over an hour trying to decide if it was worth it. I was on the edge.”

“We hurried back and released this fish twice,” Biscoe said. “I didn’t like how it swam off the first time so I waded out and sat with it until it went under strongly.”

In the last part of May Joe Hardy boated a 118-pound blue cat. The fish was caught about 70 miles north of Memphis, TN on the Mississippi River. Hardy knew the Tennessee state record was 112.1 pounds but he decided to forego the record and just let the fish go.

“We weighed the fish three times and it came up 118 each time,” said Hardy. “I didn’t feel the fish was strong enough to survive until we could contact someone and get it to a set of certified scales and then back to the river. The fish was stressed from being caught and I just didn’t want to take a chance on it not surviving. He was released back into the river after the photos.”

These six stories ended well, but many don’t. The individual stories indicate the need for serious trophy catfish hunters to prepare in advance for the strict regulations required to certify a record in their particular state.

Many trophy catfish anglers have that state record in the back of their head as something they would like to accomplish. And, as technology and angler skills increase more and more large catfish are being caught and it appears more and more likely that more state records will fall in the future.

With that possibility of a state record in mind, anglers should plan and prepare with that goal in mind by researching their own state’s certifying process. Find out what your state requires and go ahead and print out an official application and keep it in your boat.

Also, find a couple of certified scales close to your ramps and note the phone numbers and other contact information so you can make a contact before showing up. Having more than one location will allow a quick change of plans should the first one be closed.

Finally, be prepared to sacrifice the official state record if it appears the process will be so lengthy as to result in the death of the fish. In this case the reward for catching your trophy fish will be paid forward to future generations of catfish anglers.