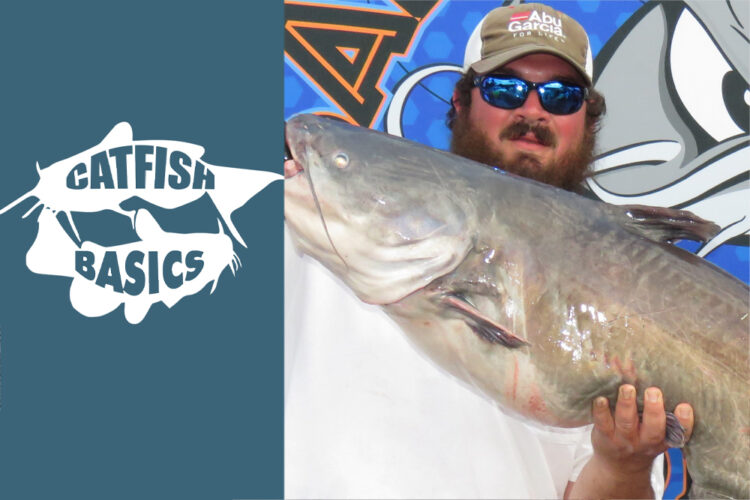 Spencer Hodges is a southern angler and fishing guide. He is known for his ability to catch trophy catfish. He relies heavily on years of experience to lead him and his clients to that next trophy fish.

His strategy includes seeking out active fish. In the month of March, he expects those fish to be shallow.

“In the month of March, in the South, there is no such thing as getting too shallow,” advises Hodges. “I am looking for giant blues that are either coming in from deeper water to feed or coming off the flats from feeding the night before. That is the main deal in March. Find shallow water fish that are active in a travel path.”

Hodges keeps moving until he finds an area with signs of active fish. He wants to see bait and fish up off the bottom. Better yet, bait that has been broken into small schools.

“I do try to remember areas where I see fish activity,” added Hodges. “I will go back and check on them periodically to see if they are ready to bite. It can happen at various times of the day.”

Editor’s Note: Hodges offers guided trips on Santee Cooper, SC, and on the James River in Virginia. He can be reached at 336-469-0177 or by email at purrfectkittycatfishing@gmail.com.