Adventures of a River Guide 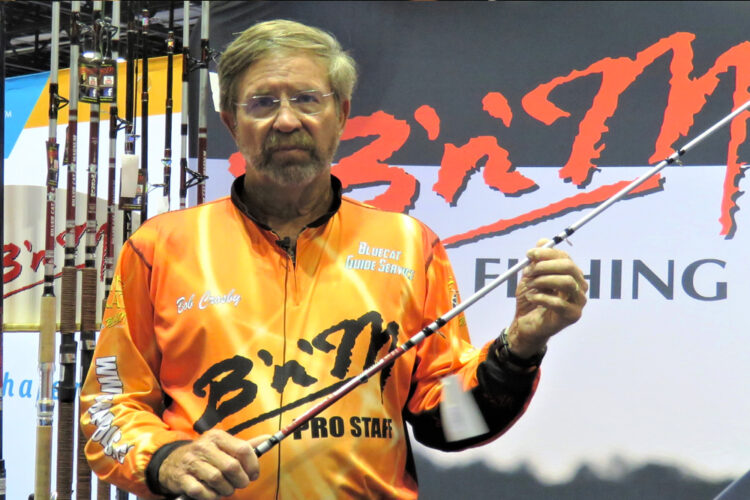 In Search of a State Record Blue Cat

Capt. Bob Crosby owns and operates Bluecat Guide Service out of Vicksburg, MS on the on the Mississippi River at Vicksburg. The B’n’M Prostaff angler has been fishing on the river for around 25 years and guiding for 8.

“You never know what is going to happen on the river,” said Crosby. “I have had several people say that I should write a journal of my river experiences. Two of my adventures relate to my goal of having the Mississippi state record catfish caught from my boat.”

“I know of 5 different blue cats that have been caught over 90 pounds,” outlined Crosby. “Ninety five is not that far off. My personal best is 75 pounds. I have had one 90 pound blue and six 6 blues in the eighty pound range caught from my boat.”

Crosby’s first potential record came when he was fishing with his dad. It came only about two weeks after catching the 90 pound fish.

“Dad’s rod went down and he started fighting the fish,” recalled Crosby.  “He stopped reeling and stared at the reel as the big fish was quickly stripping line. The line guide on the reel was just going back and forth and Dad was about to be spooled. I tightened the drag, but made a big mistake. I got the drag to tight.”

His Dad fought the big blue back to the boat just out of range of Crosby’s  net when the fish had other ideas.

“I got a good look at the fish,” reminisced Crosby. “He was definitely larger than the 90 caught before. But when the fish saw the boat he made a strong run upriver. Given the short amount of line and a drag that was too tight, the hook pulled free. If I had set the drag properly, I really think we would have landed that fish and posted a new state record.”

A few years later Crosby had another chance with a similar outcome. His client hooked a huge fish and fought it close to the boat. Crosby grabbed the net—a big net that he had used on the 80- and the 90-pound fish he had landed before.

“This fish was so big I had trouble getting him in the net,” clarified Crosby. “I had him partially in the net 3 times and he would get out. On the third attempted the weight leader tangled in the net.”

When the fish got out of the net that third time it was déjà vu all over again. The tangled weight leader took away the flex from the rod and the hook leader broke.