Honoring and Giving Back Through Catfishing 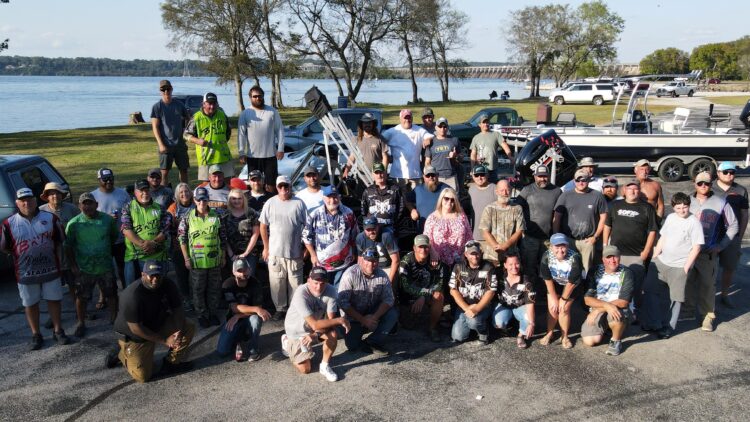 Patriot Catfishing Inc. — Fall Get Together

Honoring those who served and sacrificed for our nation. 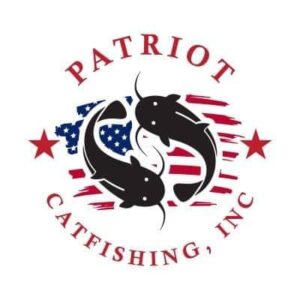 Kevin Breedlove has been giving back to veterans for quite a while. In 2019 he had the notion to start Patriot Catfishing, Inc. Kevin is a veteran himself, with 24 years of service. He started with a simple goal of bringing wounded veterans together in an atmosphere of camaraderie and getting them out catfishing.

He began by financing his vision out of his own pocket. He brought the vets to his own house in Alabama, housed them, fed them, and took them fishing. It is very touching what he does to get these guys in the boat and out fishing and he is finding a lot of volunteers interested in helping him do it.

Kevin found an instant ally in his brother Roger. He shared the same interest and desire to honor and give back to veterans through catfishing. They often took disabled veterans fishing. When they met a disabled vet from Eastern Minnesota the brothers discovered how much more good they could do through Patriot Catfishing. This veteran had lost both of his legs and yet he continued to give back to his country. His was an inspiring story. Patriot Catfishing builds upon the camaraderie and brotherhood that develops between those who have served their country and extended it to the water.

“I worked side by side with my brother from the start,” explained Roger. “We spent a lot of time planning at first. But it wasn’t until we met Jack Zimmerman from Minnesota that we decided to do more. I was looking forward to retiring and having more time to contribute. It was Kevin’s dream and I have supported it 100%.”

Scott Lovelace was also quick to add his talents and efforts to the cause. The fact that his fishing partner is active duty military heightened his interest. Today, Scott serves the organization as Secretary.

“Kevin came to me and told me he was starting a 503(c) registered nonprofit to take disabled vets fishing,” recalled Scott. “He asked if I would be interested in helping. Without hesitation, I said absolutely yes! So the adventure began.”

“The love that these vets show is more than can be measured,” continued Scott. “They all enjoy a great weekend of fishing and hanging out. The stories and memories that are shared are oftentimes nonstop laugh fests and other times they are ‘roasting’ each other. Some of the friendships I have made are awesome. These guys come from all over the country and when they say that they want to come back, it just makes you feel good to know that you are doing something great for them.”

Through Patriot Catfishing, other anglers can donate their time and their boats to help Kevin get more vets out on the water to enjoy some catfishing. One of this year’s boats was crewed by Ryan and Tiffany Lawrence. They had the privilege of hosting Bruce Holmes for a day of fishing. As a novice catfish angler, Bruce broke his personal best 3 times! Ryan is Tournament Director for the Tennessee River Catfish Club so he was the perfect candidate to serve as weighmaster for the event’s bragging rights weigh-in.

“We picked up Bruce at the Shell Station in Rogersville, recalled Ryan. “From there we launched the SeaArk in the Elk River on Wheeler Lake. Most of the day was spent fishing within 5 miles of the mouth of the Elk River on the main lake. We had perfect fall weather. It was roughly 75 degrees with no wind. Bruce ended up catching 8 fish total. Bruce had no catfishing experience and was eager to learn. We had such a great day telling stories and enjoying laughter.”

“He thanked us probably 20 times during the day,” mused Ryan. “He even asked for our address to send a thank you card. I believe all the vets appreciated this event more than we truly know.”

Matthew Miles participated in the Patriot Catfishing event as an angler. He was quick to recognize that many sponsors were supporting and honoring veterans through their businesses.

“It was awesome,” stated Matthew. “Patriot Catfishing recognizes the impact veterans have on our country and they seek to make their own impact in the lives of veterans through fellowship in catfishing.”

“It was truly an honor to be treated like a “VIP” by those I’ve come to know as friends since joining the catfishing community,” continued Matthew. “Everything from being picked up at the airport, to being served home-cooked meals, to fishing with respected anglers like Larry Muse and Casey Tutorow, was special. I was humbled by the organization’s mission. I can’t wait to support them further and spread the word about the great things they are doing!”

When it came to weigh-in time the teams could weigh in 2 fish, one over 34 inches and one under. Ryan Lawrence and crew performed the weigh-in duties as Julie Lovelace took numerous photos. When all the weights were recorded Scott Baham earned the Bragging Rights with a total weight of 73.28 pounds. Scott was fishing with Ron Goucher and their bag included Big Fish of the day at 56.60 pounds.

Final Thoughts
The Patriot Catfishing, Inc. fall event was a huge success. The organizers were honored to have 19 veterans participate in what they described as a “friendly catfishing competition.” There was an equal number of boats to take the veterans out and put them on some trophy catfish and numerous other volunteers assisted. Every angler caught fish and a majority of them caught their personal best. New friendships were made and some of the veterans already have plans to fish with someone again.

Thank-yous are due to all those who volunteered in various capacities to make the weekend event successful. Hopefully, no one is missed. They include:

Patriot Catfishing Inc. is headquartered in Pleasant View, TN, and is a 501(c)(3) organization. EIN: 85-1516338. Donations are tax-deductible. The IRS NTEE classification code is W30, Military, Veterans’ Organizations within the Public, Society Benefit – Multipurpose and Other category. The IRS ruling year for tax exemption was 2020. For more information follow them on their Facebook page and visit their website.