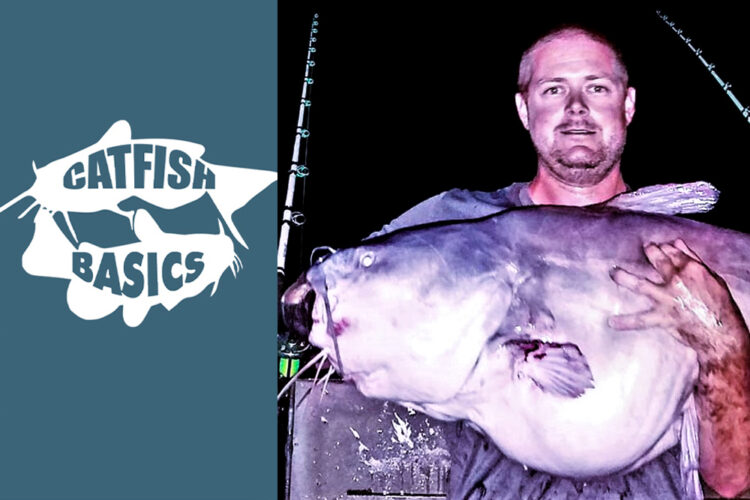 Crank that Oxygen with Phillip Nordmeyer

While fishing the Catfish Chasers tournament in Saint Joseph, Missouri I learned a lot from a catfish and I would like to share what I learned with you.

The tournament was on the Missouri River and I was fishing with my partner Michael Suttner. We made a long run, traveling more than 100 miles to fish some water that we were familiar with.

The tournament was going well as we had a good early bite using fresh-cut Asian carp. We anchor fished all night and had around 160 pounds of catfish by 1 AM. One of those fish weighed 60.75 pounds and gave us quite a scare.

We noticed the big fish was struggling and we thought he was going to die. The fish was on his side and looking bad. We had thoughts of taking the fish in early but in Missouri, there is a 30 MPH speed limit at night. We were just too far away to try. The best option was to stay and keep that fish alive.

I’m no expert, but I had some advice from another angler to bump up the oxygen and I did. I just kept increasing it higher and higher. I also held the fish upright for hours so it could get all the oxygen it needed. As time passed, the fish got better and better. The fish was more lively than ever at the weigh-in where it was put in the big holding tank and swam around strongly all day before release.

It took a lot of energy to do, but it was well worth the effort. Mike and I were in disbelief that we were able to revive it and keep him alive.

I learned a lot from that fish. I want anglers to know that they don’t have to give up on a fish even if they think they are about to lose it. It can be saved with lots of work. I was always afraid to give a fish too much oxygen, but I can assure you can’t overdo it. The more oxygen we gave it, the stronger the fish got. It’s a good thing we had multiple oxygen tanks, otherwise, we would have run out.