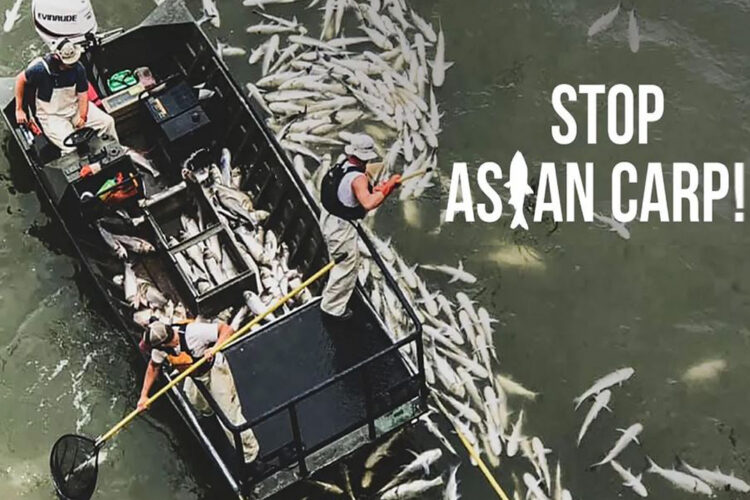 Editor’s Note: In January 2021, the AFTCO company kicked off a campaign to “Stop Asian Carp.” It is an effort that the entire fishing industry can and should support. Although referenced as combating the damage these carp have made on the bass population, the efforts will help many species. We thank them for their conservation efforts made with the intent to improve our fisheries.

AFTCO kicked off efforts to battle Asian Carp with a $10,000 donation to Kentucky’s Lyon County Industrial Development Authority. These funds removed an additional 250,000 pounds of carp through commercial fishing subsides.

What are Asian Carp?

In the 1960s, 4 species of Asian carp were introduced into small ponds around the Midwest as a help to aquaculture. By the 1970’s, many escaped and were released allowing them to enter river systems and lakes.

That is where it started.

Three species of Asian Carp are the most destructive in Kentucky. The bighead and Silver carp are the filter feeders that filter out algae and plankton leaving nothing for other small baitfish to eat. The Black Carp feeds on bottom invertebrates like clams, mussels and worms leaving even less for other animals to eat. These three combined can spell disaster for any waterway that can’t figure out how to get rid of Asian Carp. The last is the grass carp and can be found in almost every state in the US. 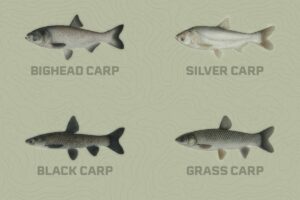 Where Are Asian Carp Found?

Silver, Grass, Bighead and Black carp combined span 45 of the 50 states leaving biologists baffled by this Asian carp invasion. The reason for their prolific spread is due to what they eat and how they reproduce. All four species eat “low on the food chain”. This means they eat plankton, algae, and other species that an ecosystem depends on. When there is not enough plankton, the baitfish have less to eat which means the bass, walleye, trout, pike, and other predatory fish become affected too. Combine this with their quick reproduction, and they can take over any waterway here unless we control the populations. This is why we should care about the presence of these carp in our waterways. AFTCO took the jump into freshwater conservation in 2018 and now we are contributing to the War on Carp.

To help combat the carp invasion, AFTCO has teamed up with Mark Menendez and the War On Carp organization to create awareness and funds to help eradicate these fish. Aside from a $10,000 donation to the War on Carp organization, $5 from all funds made from the War On Carp T-shirt will be donated as well to the fight. Support the fight to stop the carp from taking over our lakes. 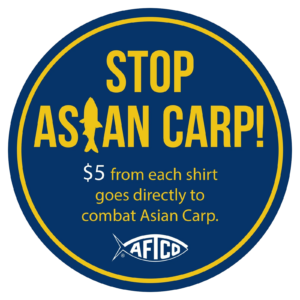 One of the biggest threats to our lakes in the Midwest is the Asian Carp. $5 from all funds made from the War On Carp T-shirt will be donated to the fight. Shop Now » 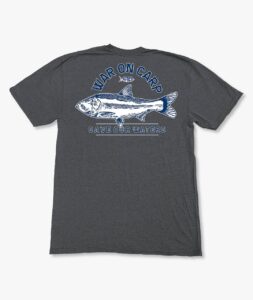 What can we do about Asian Carp?

A short term solution is subsidizing commercial fishing efforts. That’s why AFTCO has donated $10,000 to the Lyon County Industrial Development Authority in Kentucky, with the guidance from AFTCO Pro Mark Menendez. Mark has firsthand seen the affects theses carp have had on the Bass populations in Kentucky Lake and is a big advocate for the War on Carp organization and the movement to solve the carp problem.

If you think you have found an Asian carp, please call the Aquatic Nuisance Species Task Force at 1-877-STOP-ANS.