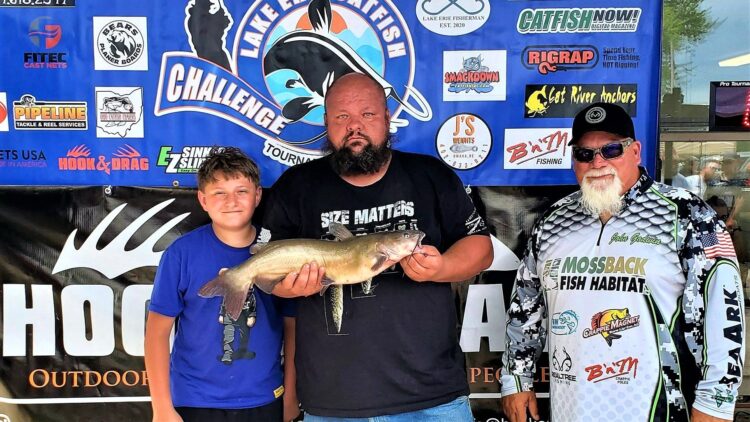 The Lake Erie Catfish Challenge Tournament Series originated in the fall of 2020. Lake Erie has a growing reputation as a great destination for trophy channel cats and it has adequate facilities to host quality tournaments.

Catfish angler Bill Ladlee recognized the opportunity and put a plan in motion to bring a bank-only catfishing tournament to Lake Erie. If local and traveling anglers would support the tournament Ladlee was willing to put in the necessary work.

Being from the state of Maine and claiming the Atlantic Ocean as his native waters, Ladlee was an unlikely prospect to start a tournament on Lake Erie. But he had moved to Ohio and developed a love for catfishing.

“I’m mostly a deer hunter,” confessed Ladlee. “But if I am fishing for anything it’s definitely catfish. I tight line from the bank mostly. My background in catfishing is just doing it for fun. I don’t eat them. I’ve been fishing Lake Erie and its tributary waters for catfish since 2005. The first time I fished Lake Erie I caught a 20-pound channel catfish and I was hooked on the fight.”

He also participated in catfish tournaments in Ohio and when he realized not many of them were on Lake Erie his idea was set in motion. He says he is motivated by the participating anglers and he wants to show anglers all over the country that Lake Erie is a record catfish destination.

“My vision was to bring a professional catfishing tournament to Lake Erie,” recalled Ladlee. “I wanted it to be different than any other and include free giveaways, celebrity meet and greets, and more angler/guest friendly activities. I wanted an event that even if the angler does not win they will have a chance of taking home some top-shelf tackle after a memorable experience on Lake Erie at the Catfish Challenge.”

With some coaching from Glen Thomas at the ACA, the first Challenge became a reality on May 15th, 2021. There were 64 teams competing in that first tournament out of Sandusky Ohio on Sandusky Bay. Two more tournaments followed, one on June 19th at Sandusky Bay with John Godwin as a celebrity guest. A third tournament on the Huron River occurred on August 22, 2021, to complete the season. All events include Lake Erie and its tributary waters as boundaries.

“The 2021 season was a total success,” stated Ladlee. “The 2022 season will be even better with more amenities to offer to the participating anglers.”

Ladlee announced that the first tournament of the 2022 season kicks off at Port Clinton, Ohio on May 14th, 2022 at the West Harbor Public Boat Ramp.

“Anglers can expect non-stop action in May,” predicted Ladlee. “The catfish are hungry and very active. Catching a 20-pound channel catfish is defiantly achievable.”

“My goals for the 2022 season are to bring the very best tournament experience to the community and the participating anglers,” concluded Ladlee. “We will be offering free top-shelf tackle contests, free food supplied by us, vendors, food trucks, celebrity meet and greets, and live music at select events. A veterans benefit tournament is also in the works.” 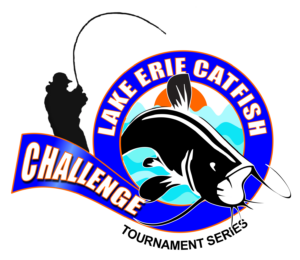 Complete tournament information, including the 2022 schedule, can be found by visiting the Challenge website at www.lakeeriecatfishchallengeusa.com or follow their Facebook page to stay up to date with current announcements. Tournament Director Bill Ladlee is available by phone at 419-602-4292.

Epilogue: The Lake Erie Catfish Challenge Tournament Series is an ACA Tournament Alliance Member and participating in the American Catfishing Association (ACA) points race. ACA members holding the required level of membership will earn points in the ACA Points Race. Those ACA member anglers will have their name entered into a drawing for a brand new SeaArk boat.