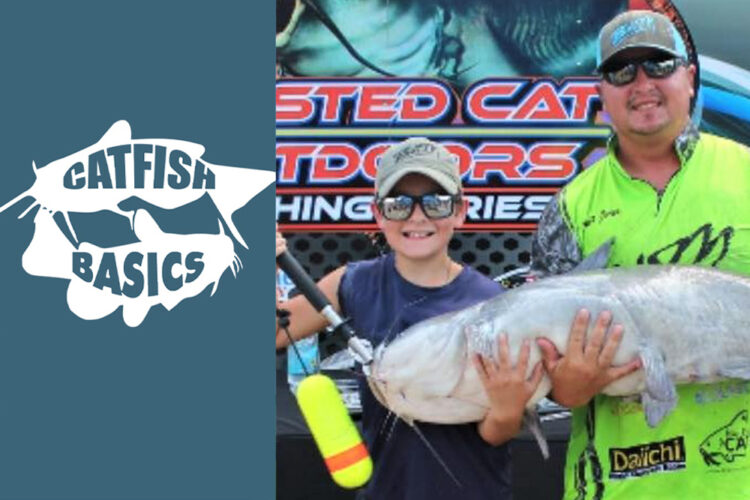 Most anglers agree that if you want your kids to enjoy the outdoors you need to involve them in it at an early age and engage them in a way that doesn’t burn them out. In today’s world of Smart Phones, tablets, and laptops, fishing is a great way to help cut the digital connection that kids so readily develop. Savvy fishing families are learning to promote the tacklebox instead of the Xbox. And it is simpler than you might think.

Ryder Jones was only 5-years-old when his dad Hunter took him on his first fishing trip. Ryder is now 11 and still enjoys fishing with his dad. It wasn’t by accident that the joy of fishing is still there for Ryder, it’s there because of the way Hunter introduced the outdoors to Ryder.

“The first thing I do when a kid is wanting to go fishing is to get lots of snacks and drinks,” joked Hunter. “The next thing I want to do is keep them comfortable, and finally I want them to be engaged, but always with safety in mind.”

One of the primary duties of any angler is to prepare the bait. Hunter has not only taught Ryder the fun part of catching the bait, but he has also taught him over the years how to cut it. The process does involve a knife so precaution is needed.

“One of his favorite things is catching bait,” explained Hunter. “Hook and line bait catching is fun and any kid would like it. I usually tie on a Sabiki rig or spoon to cast for bait like skipjack. On light tackle, they put up a fight and can be easy to catch in numbers.”

“Since the target is catfish, next we prepare the bait,” continued Hunter. “Ryder likes to cut the bait up, but he gets a little carried away with the knife so I have to watch him closely.”

With the bait caught and prepared, Hunter heads for a “Honey Hole.” He wants to be sure to get Ryder in on some action. Although Hunter likes to stalk trophy cats, he knows that his son will be thrilled to catch smaller catfish.

“With kids on board I head for a granary first,” said Hunter. “I want to let them catch several teenage fish (which they think are giants) before going after bigger fish if they want to.”

That last statement, “if they want to,” is key. Hunter tries to keep his finger on the pulse of how each activity is scoring with the kids.

“If the fishing is slow I’ll take a boat ride,” offered Hunter. “Sometimes I even let them drive if they want to. They always like that. I also avoid taking them on long and boring trips. I don’t want them to get burned out.”

When all is said and done the proof is in the pudding. When Ryder was asked what he liked about catfishing he responded, that he likes the fight they put up and he said he likes not knowing just how big a fish is going to be. That comes from raising them right!