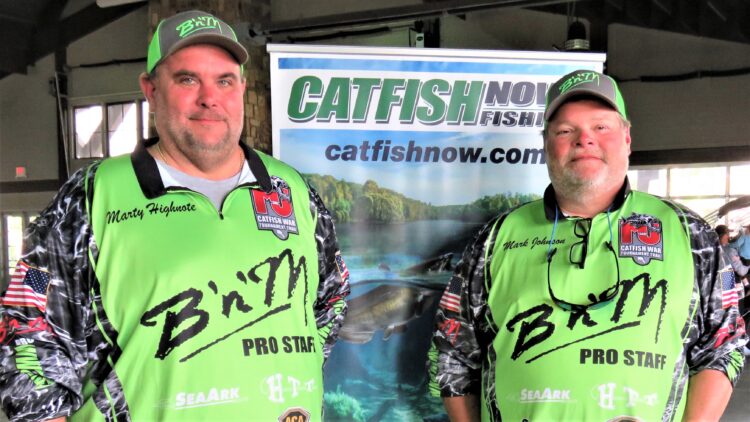 The Southern All-Star Catfish Series was created by Mark Johnson and Marty Highnote to fill a niche in ACA Division 1 tournament competition.

The Southern All-Star Catfish Series will Debut
in March 2022

Led by Mark Johnson and Marty Highnote, the Southern All-Star Catfish Series will make its debut in March of 2022 on Lake Neely- Henry and the Coosa River at Coosa Landing in Gadsden AL.

The series will operate as an American Catfishing Association (ACA) affiliated tournament event. This association makes ACA member anglers eligible to compete and enjoy the challenge of fishing against anglers in other regional areas. Anglers participating in the ACA points race also become eligible for thousands of dollars in cash and prizes, including the chance to win a new SeaArk boat. 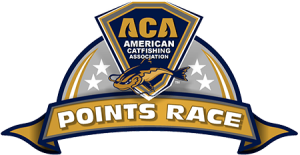 The new trail will develop a series of locations that will accommodate 100 boat tournaments and fill a gap that currently exists in the ACA tournament competition. There are very few ACA Division 1 events held east of the Mississippi River.

Johnson and Highnote both serve on the ACA Tournament Alliance Committee. They have consulted with other tournament directors to gain knowledge and advice for their undertaking. Other directors like Chris and Cory Ramsey, Bryan St Ama, George Young Jr, and others have shared their thoughts and experiences. Glen Thomas and the ACA has also been instrumental in helping the series become a reality.

“We have also spoken to the directors of several Division 3 trails,” added Johnson. “These smaller trails have all shown support for the idea and have offered to help in any way needed.”

As Co-Directors of the M&J Catfish War Tournament Trail, Johnson and Highnote already have a good bit of experience running tournaments. The volunteers and anglers from M&J have also indicated their support for the Southern All-Star Catfish Series. The new trail will have no impact on M&J. It will continue offering a full schedule of Division 3 tournaments (15-30 boats) just as it always has.

The opening of the All-Star Series in 2022 will give anglers in Alabama, Georgia, Tennessee, Mississippi, Florida, and as far north as Kentucky at least two additional big tournaments to participate in as Division 1 teams.

“If you add Bama Blues in January and the SeaArk Invitational to our 2022 schedule that provides 4 Division 1 tournaments for anglers in the south,” explained Johnson. “If we can add a third tournament to the 2022 schedule it will be even better. This makes it easier, especially for southern anglers, to fish the 5 tournaments required to compete for those coveted points and prize money in the ACA Points Race.”

With two tournaments scheduled for the 2022 season, Johnson and Highnote revealed that they are planning to have at least 3 and maybe 4 tournaments in the series each year going forward. Their mission is to increase the opportunities in the southern part of the U.S. for anglers to fish in ACA Division 1 events. Additionally, they want to provide a trail that provides high-quality, large payout tournaments closer to anglers’ home base.

Both tournaments will be ACA Division 1 with 100 boat caps, 100 percent entry payback, $15,000.00 First Place based on 100 boats. A registration fee will be $350 to include all ramp fees, big fish pot, youth angler award, female angler award, and veteran angler award.

There will be no blast-off to begin the tournaments. Anglers will be allowed to leave at 4:00 am with lines in at 6:00 am. Anglers must quit fishing at 3:00 pm, and must check in at the weigh-in line by 4:00 pm.