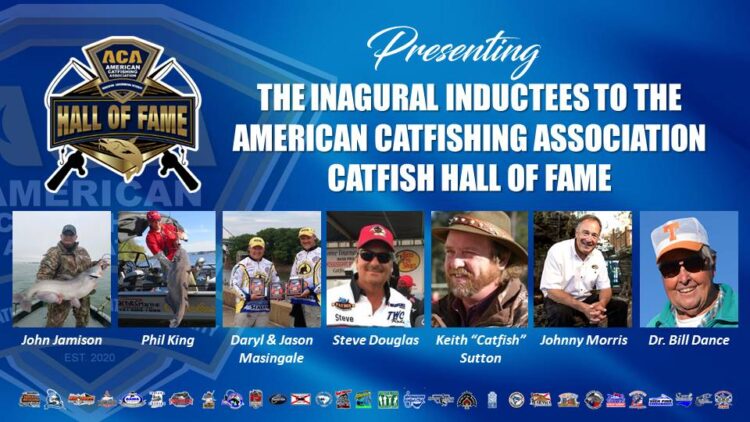 Recognizing Pioneers in the Sport of Catfishing

The American Catfishing Association recognized seven legends in the sport of catfishing at the inaugural induction ceremony of the ACA Catfish Hall of Fame.

Editor’s Note: Normally CatfishNOW’s Catfish Profiles in Passion column is dedicated to a single passionate catfish angler. In this case, we are pleased to recognize seven individuals who through their passion have contributed greatly to the sport of catfishing.

Catfishing has deep roots in America. Catfish have long been and likely will continue to be a regular item on the menu in many American homes. Moms and dads, grandfathers and grandmothers, uncles and aunts, and just friends taught others how to fish. It was mostly out of necessity. It was a family affair.

Although the day’s catch usually showed up on the dinner table with coleslaw, okra, and fried potatoes, there was a recreational component. Men and women of all sorts have historically participated in the sport but the term catch-photo-release (CPR) had not been coined.

As more anglers discovered the recreational component of catfishing, fishing for sport was a natural outcome and tournament fishing wasn’t far behind. As the mainly secretive culture of the sport in the early years transitioned to one of sharing tips and techniques the sport grew. It was slow growth at first, but the learning curve was changing and more big catfish were catching the eyes of more interested anglers. They wanted to catch a trophy too.

Word of mouth and outdoor writers carried the early burden of education. Books and articles in magazines contributed most with some TV and radio supporting the sport as well. Next came the internet and an explosion of content helped create local, regional, and national communities of catfish enthusiasts. Now, catfish tournaments are popping up all over the county, and catch and release catfishing is becoming a normal part of the catfish culture.

Businesses slowly began to realize that just like bass and crappie tournaments, catfish tournaments and professional anglers had a role to play in promoting products. As the sport grew more, anglers sporting logo-laden jerseys and fishing from boats wrapped in company designs became more prevalent. All indications are that the sport will continue to grow and be recognized by many.

Contributing to the growth of catfishing as a sport were many passionate anglers. Seven of them were inducted into the American Catfishing Association Hall of Fame in recognition of their outstanding contributions to the sport. They are listed below with individual accounts of their deeds as presented at the 2022 Catfish Conference in Louisville, KY. 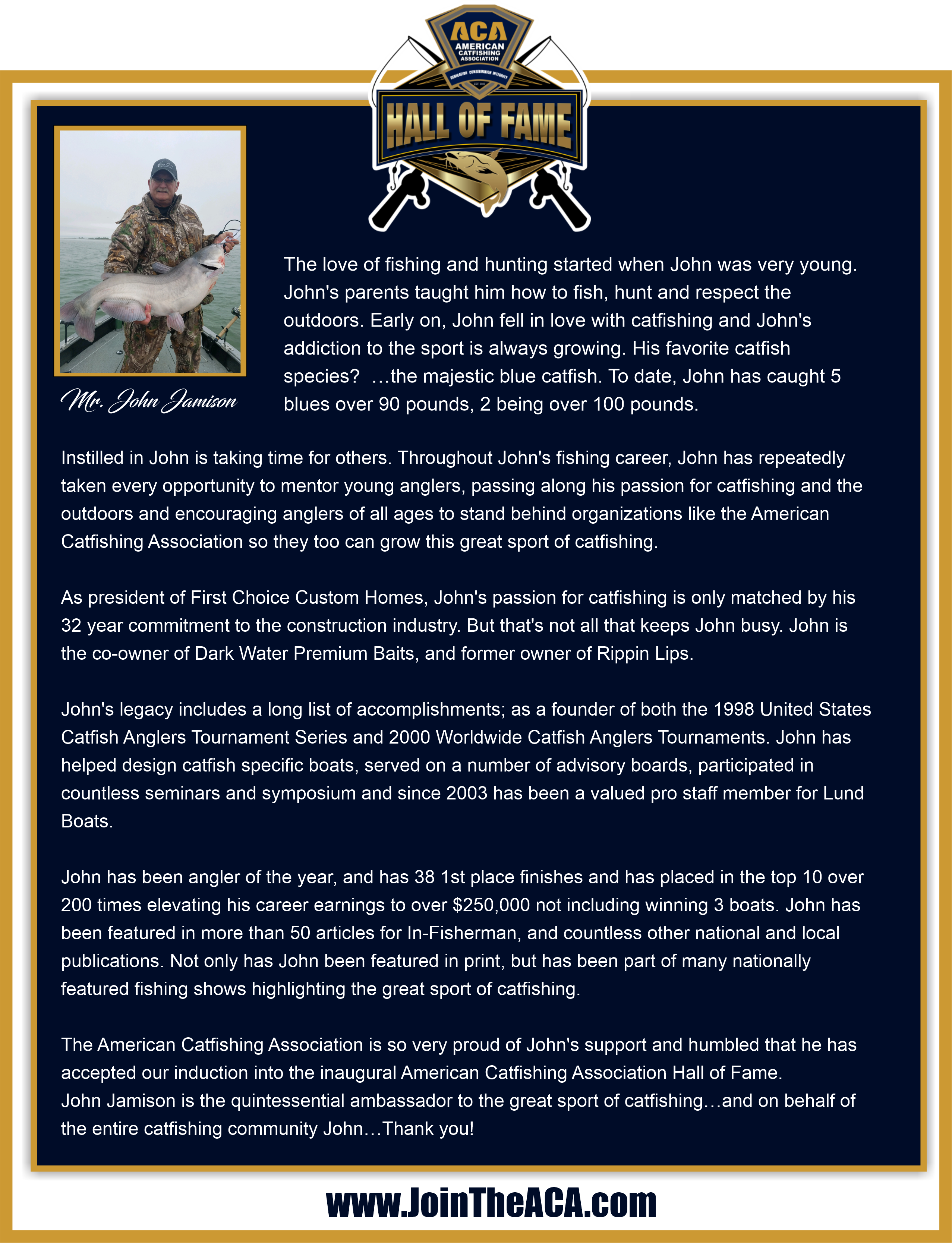 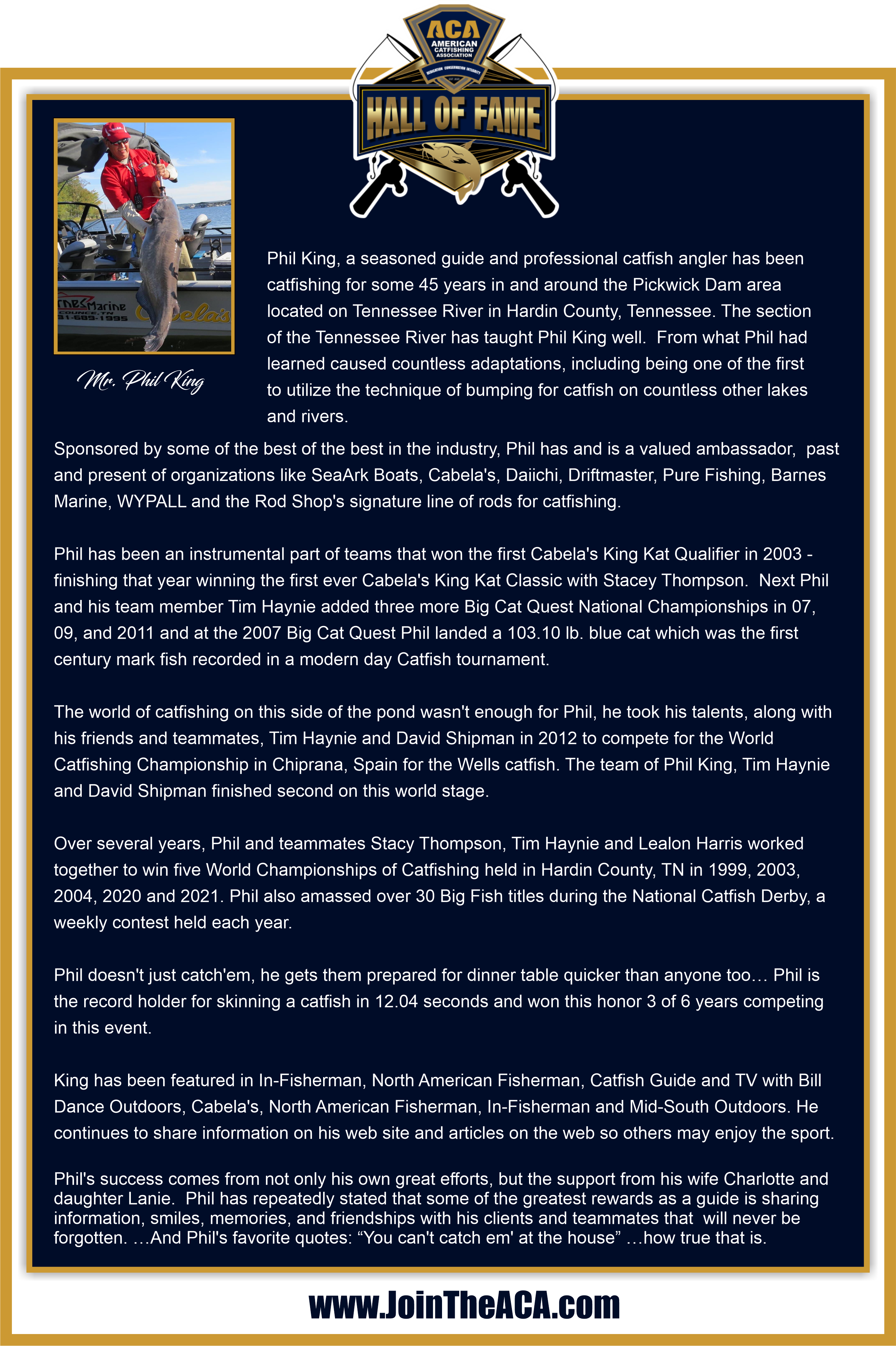 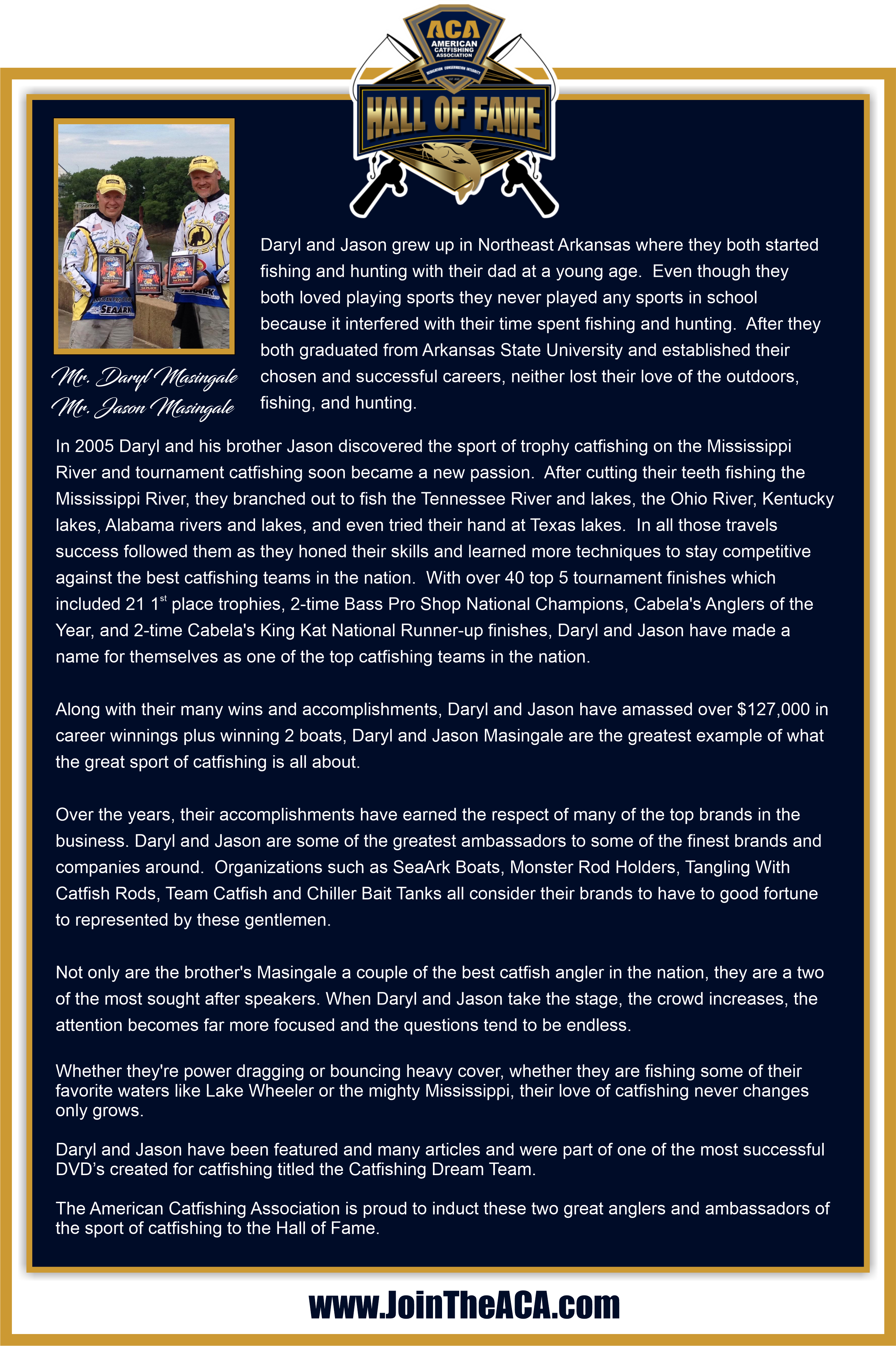 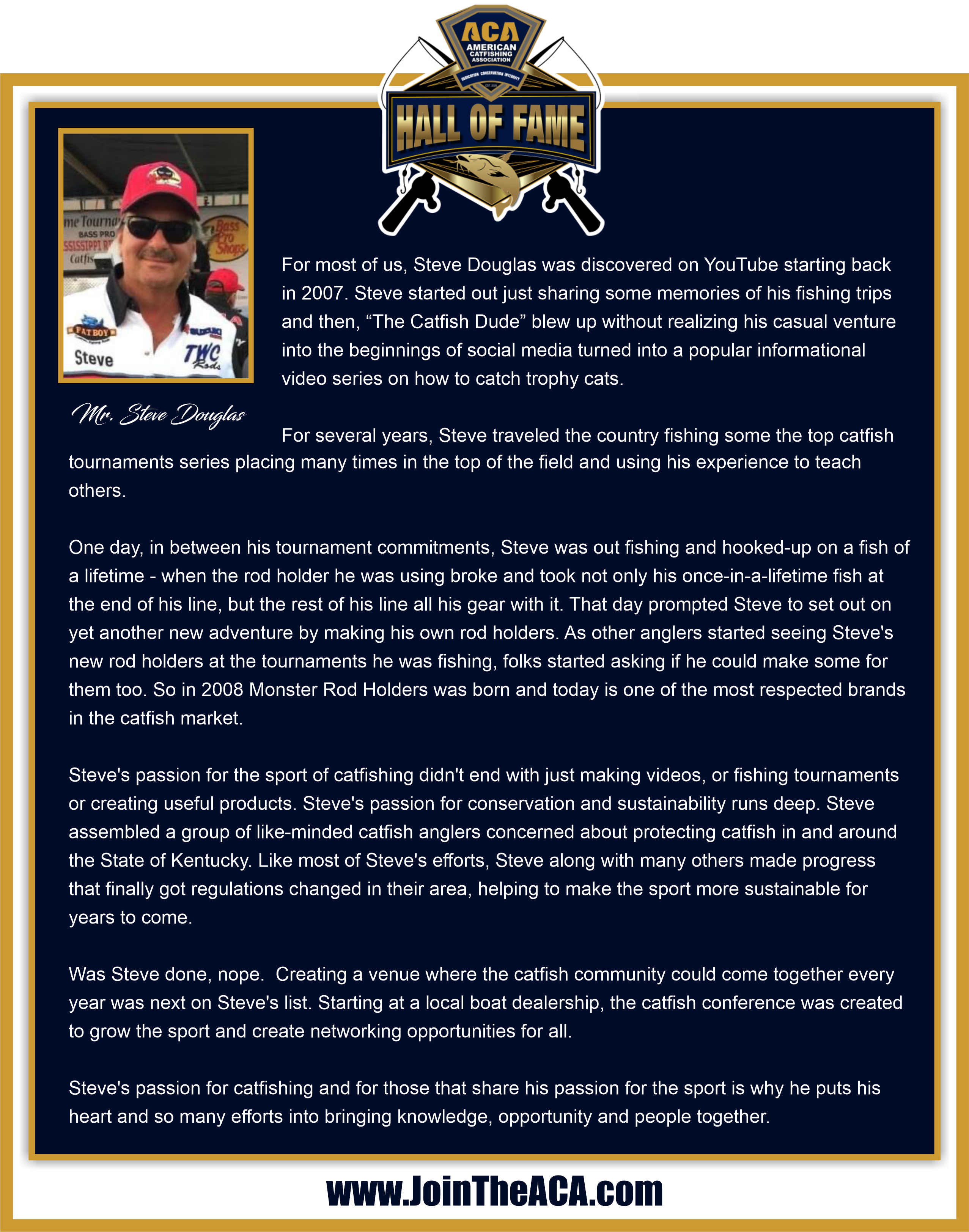 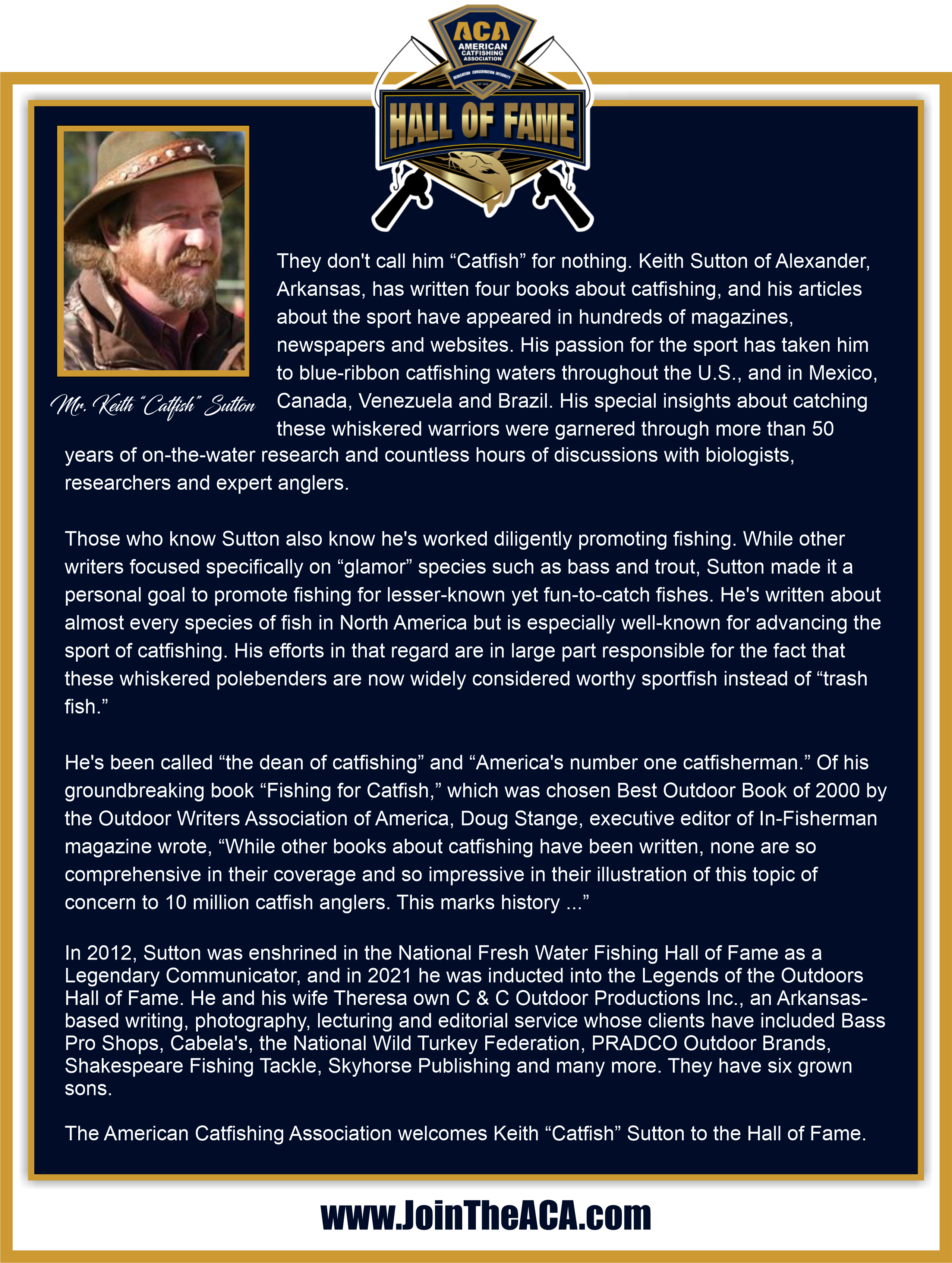 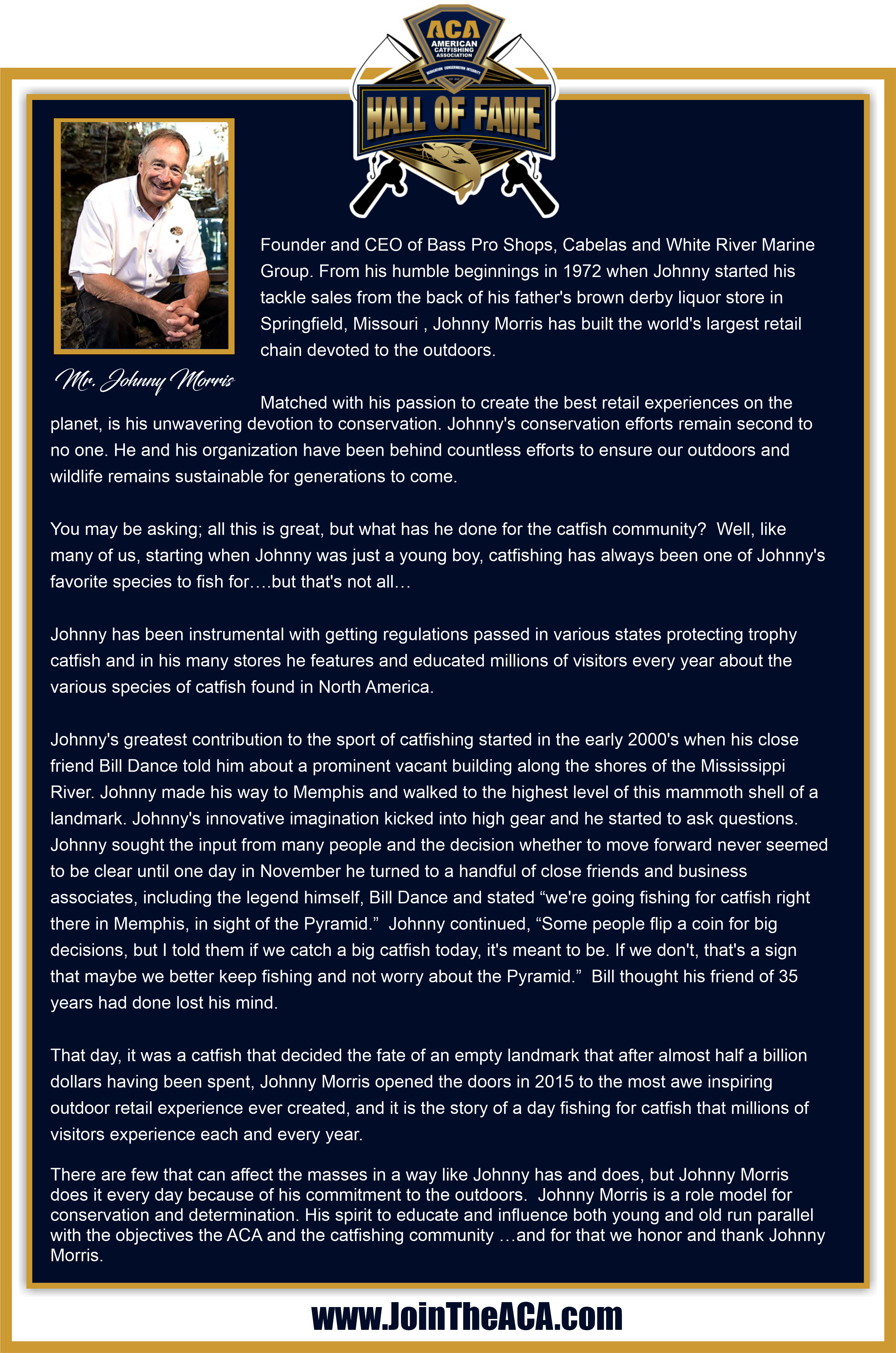 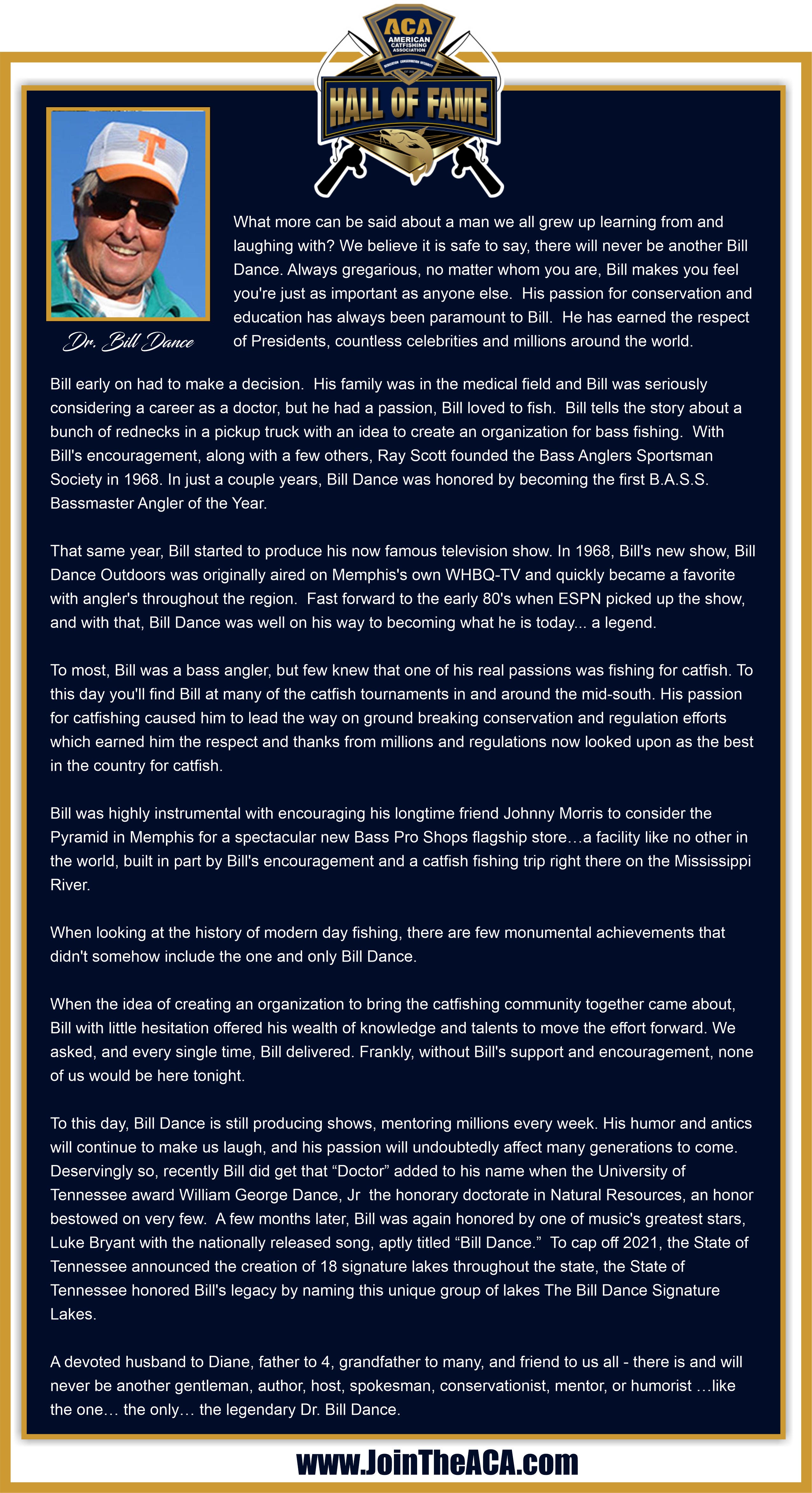 Congratulations to all the inductees on a job well done!

CatfishNow is pleased to connect with the growing throng of catfish anglers, vendors, and organizations that see the growth potential in the sport. We are pleased to join those dedicated anglers that came before and shared their love for the great outdoors in general and catfishing in particular with the rest of us.

Congratulations and thank you to the American Catfishing Association for creating the Catfish Hall of Fame so the world can recognize those who mean so much to the sport.