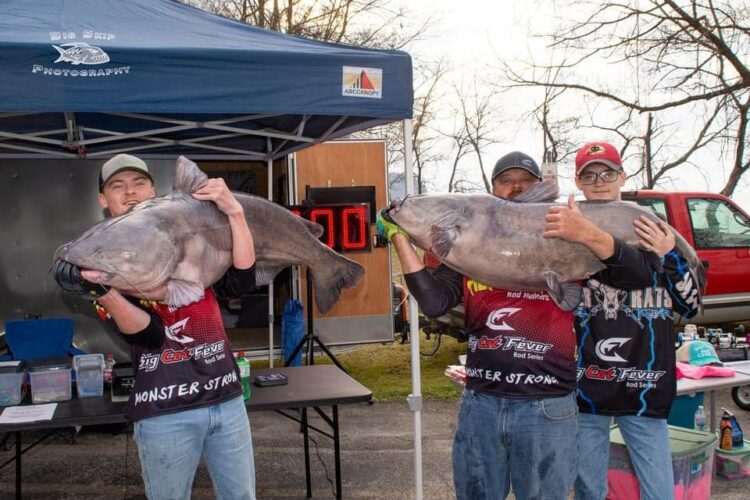 It was a family affair for the winners at the recent NACT event. Their 3-fish winning weight included a PB too.

The North Alabama Catfish Trail (NACT) is an American Catfishing Association (ACA) affiliated Division 3 tournament. Participating anglers are eligible to compete and enjoy the challenge of fishing against anglers in other areas of the country in the ACA points race.

Wilson Lake was the second event for NACT. Wilson is known for big cats, and it did not disappoint on tournament day. The lake holds a special place in my heart since it was my first destination to target trophy catfish. I will always be thankful to TJ Stallings and Larry Muse for making that happen. 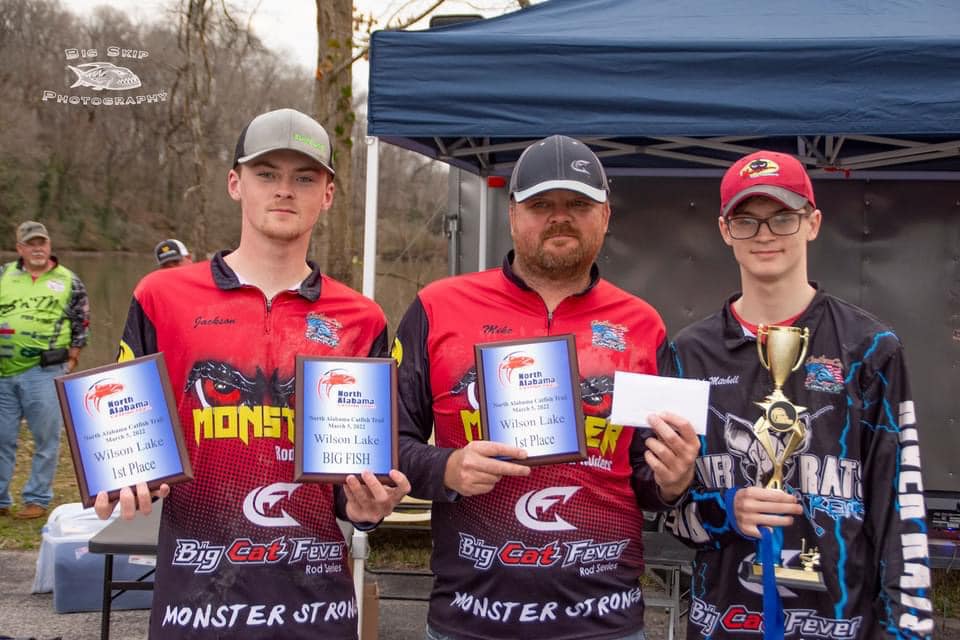 (Photo: Big Skip Photography)
Catfish tournaments can be full of surprises that anglers have to cope with. The Wilson lake tournament got off to a shaky start for the eventual winners. Mike Mitchell (Southern Cats Guide Service) was fishing with two of his three sons. Jackson and Jared joined Matt for the tournament to make it a family affair.

The teams’ surprise came with their trolling motor came disconnected from the boat. A stroke of luck prevented the incident from being a total disaster. Mike had plans to Spot_Lock and the loss of the motor would have impacted those plans greatly.

“The day started out rough,” recalled Mike. “Our Minn Kota Ulterra decided to go for a swim.” Luckily the I-Pilot link ethernet cable saved it. I was able to get it re-mounted and functioning again.”

The team’s strategy was to target water in the 25-40 feet range. The trolling motor would be used to hold them in place with the Spot-Lock function. Baits were fan cast around trees and ledges on the main river.

“We were using skipjack,” continued Mike. “We fan cast if the current is not too strong and throw heavier weights on the sides. I like a longer hook leader on a Carolina rig with a Boss Kat hook, no float. That gives me more of a chance to pull the fish out of heavy cover.”

He typically runs 3-4 foot leaders unless the current is really rolling. In that case, he cuts the length down to keep the bait closer to the bottom.

“We caught 10 fish on the day,” said Mike. “Seven of them were more than 34 inches. We moved around a bunch, only catching 1 fish in each spot, except one stop where we landed 3 fish.”

They would stay in a spot for 30-40 minutes before moving. Another key was to rebait often to keep fresh bait on the hook.

At the weigh-in, the father/sons team recorded a whopping 171.74 pounds to top the second place weight of 104.89 pounds. Their bag included the Big Fish of the tournament at 83 pounds and that was also Jackson Mitchell’s new personal best and the total weight gave the Top Youth Angler award to Jared.

“We would like to thank our sponsors for their support,” concluded Mike. “They include Monster Rod Holders, Slime Line, Big Cat Fever Rods, Foley Spoons, River Rat Reel repair, and Boss Kat Hooks.” 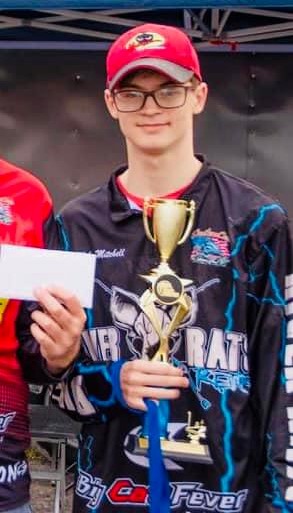 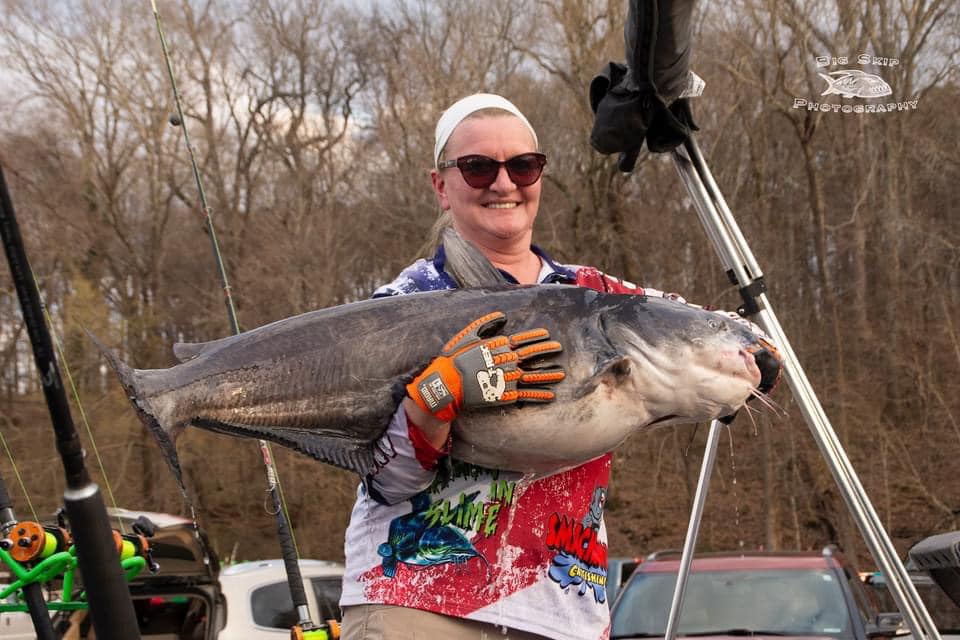 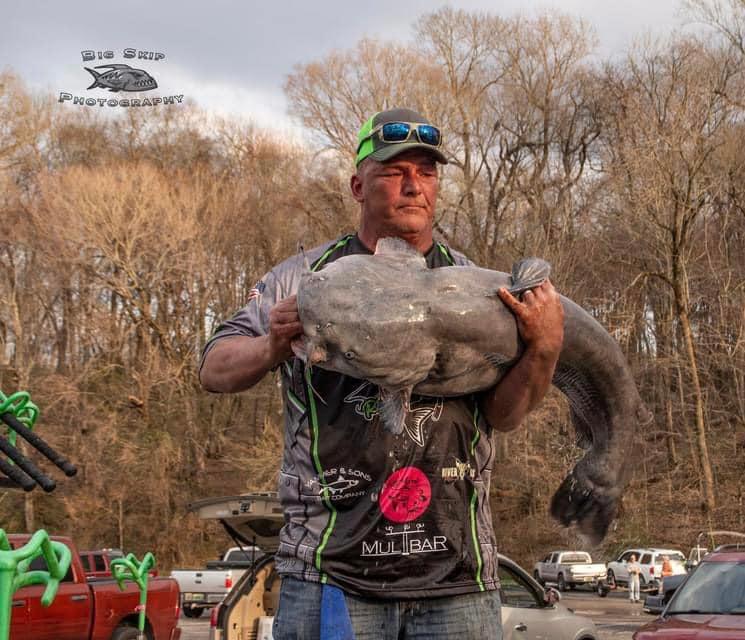 Mark your calendars for the next event on March 26—Wheeler, 1st creek.

For more information about the North Alabama Catfish Trail and sponsorship opportunities contact Lisa Haraway at 256-263-2085 or by email at lisaharaway@gmail.com.