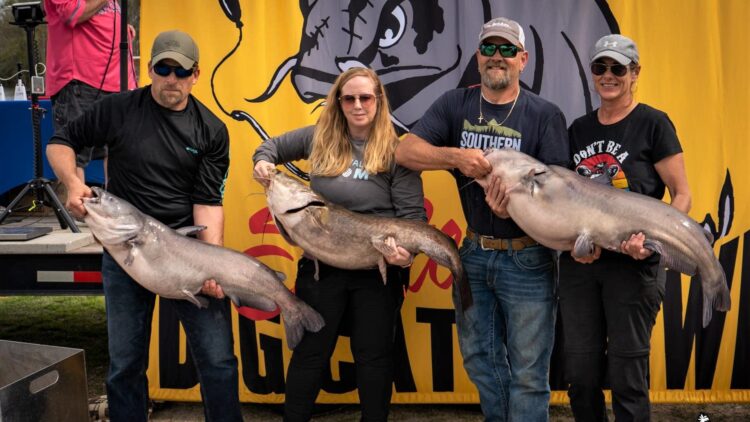 As one tournament ended, another took its place. The ever-popular Santee Cooper Monster Cat Quest held its last tournament in March of 2021. Replacing it in the same time slot in 2022 was the Santee Big Cat Brawl. The big cat destination of Black’s Camp was filled with catfish anglers in search of a $10,000 payout for first place.

“I feel that the Big Cat Brawl honored the legacy that was created by the Santee Cooper Monster Cat Quest,” said emcee and weighmaster Mark Coburn. “The previous tradition of a March tournament on Santee was carried forward. The Brawl paid out $32,000 in cash, along with more than $1,000 in sponsor product.”

Teams could be up to 4 team members per boat, with fish limits based on a 2 person team. The family-friendly tournament allowed children aged 15 and under without being counted as team members. Each day’s bag could include only 3 fish and be subject to current SCDNR regulations.

The Brawl began on Tuesday preceding tournament day with two prefishing tournaments. Registered anglers could compete for a daily prize of $1,000 in a one-fish weigh-in.

Tournament Directors Ralph and Tonja Willey reported that Wesley Bridges weighed in the heaviest fish on Tuesday, the first day of two prefishing tournaments. His Big Fish topped the scales at 70.9 pounds, indicating what Santee Cooper is capable of.

On Wednesday, the second day of prefishing, Robby Chance claimed the day. He brought an Arkansas blue to the scales that weighed 41 pounds to earn a check for $1,000.

The big fish caught during the prefishing tournaments created high expectations for the main show that began day one on Friday.

Great weather graced the anglers on day one. At the end of the day, Team Polebender (Scott Peavy, Alicia Banks, Jason Kitts, and Kim Kitts) led the field with 122.87 pounds. Willie Monkus and his team, Cammo Cats were sitting in 2nd place with 121.64 pounds and Kevin Lane Couick (Team Carolina Cats) weighed the Big Fish on day one at 68.20 pounds.

The stage was set for the day-two competition. The anglers were once again greeted by good weather. However, by noon conditions changed as the wind picked up and the Santee lakes were rolling and fishing conditions became challenging. 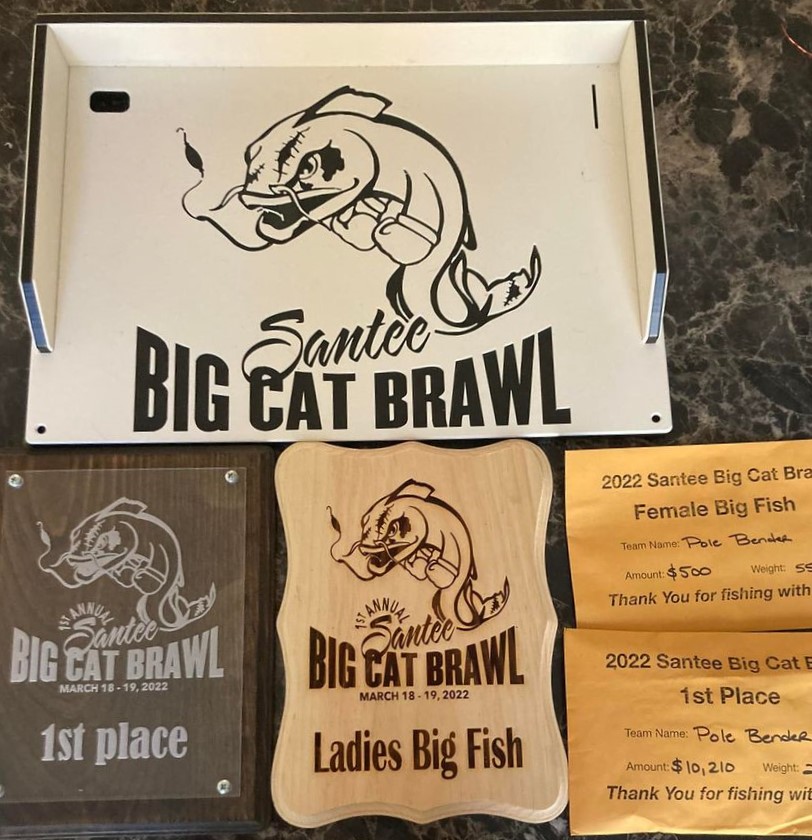 When the weights were tallied at the end of day two, Team Polebender had held on to their day-one lead to take the top spot at the 2022 Santee Big Cat Brawl. Scott Peavy, his first mate Alicia Banks, and Jason and Kim Kitts delivered what Scott described as “A dream come true for me.” 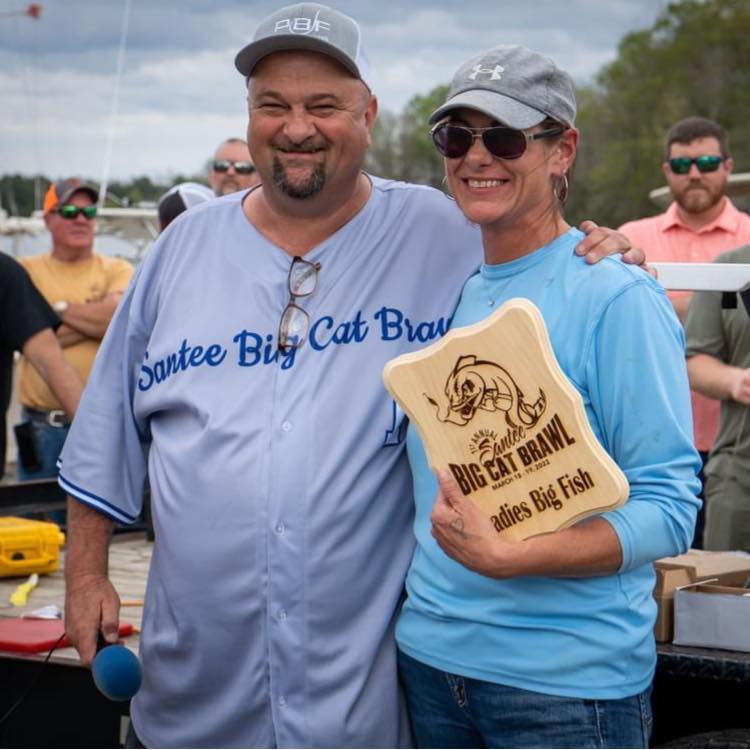 “We fished on anchor both days,” reported Peavy. “We were targeting water in the 19 to 26 feet deep range in the upper lake. We use Carolina rigs, but Santee style with a float to raise the bait up off the bottom. We caught our fish using gizzard shad for bait.”

“I would love to thank the Good Lord for providing and keeping us safe,” concluded Peavy. “I also thank Black’s Camp and all those involved in making the Santee Big Cat Brawl one of the premier tournaments to fish. All in, we brought home $10,710.00.” 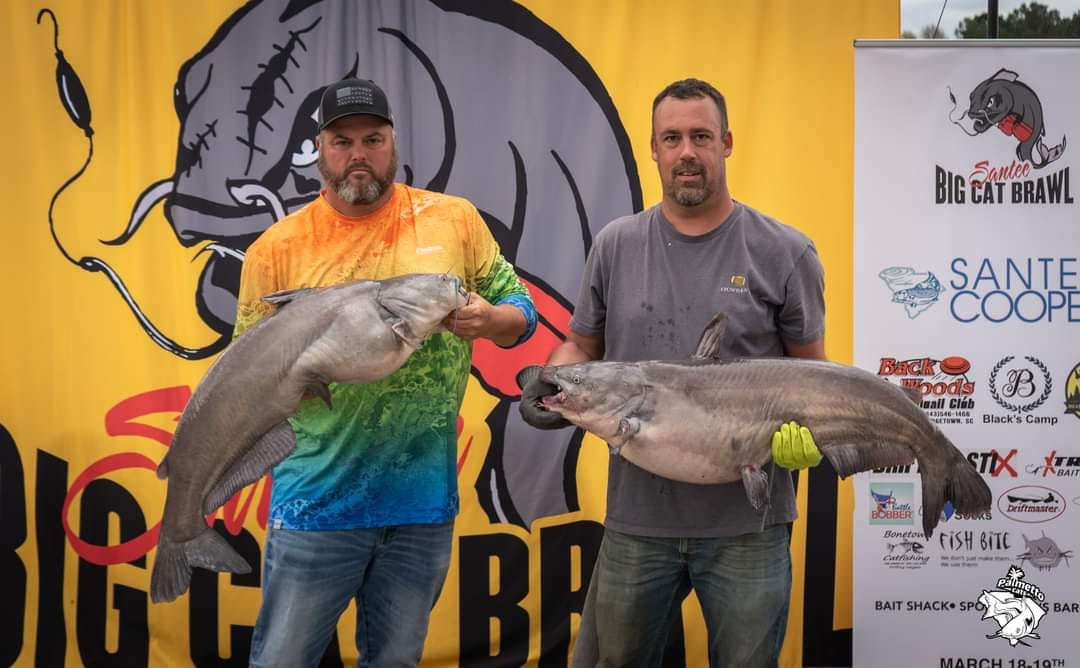 The team was sitting in 7th place after day one before moving up. They added 110 pounds on day two, claiming the second spot.

“Congrats to Scott Peavy on the first place win,” said Josh Adams in a Facebook post. “Thank you Ralph Willey  for a great tournament and Matt Knight for the title sponsorship and the great rods.” 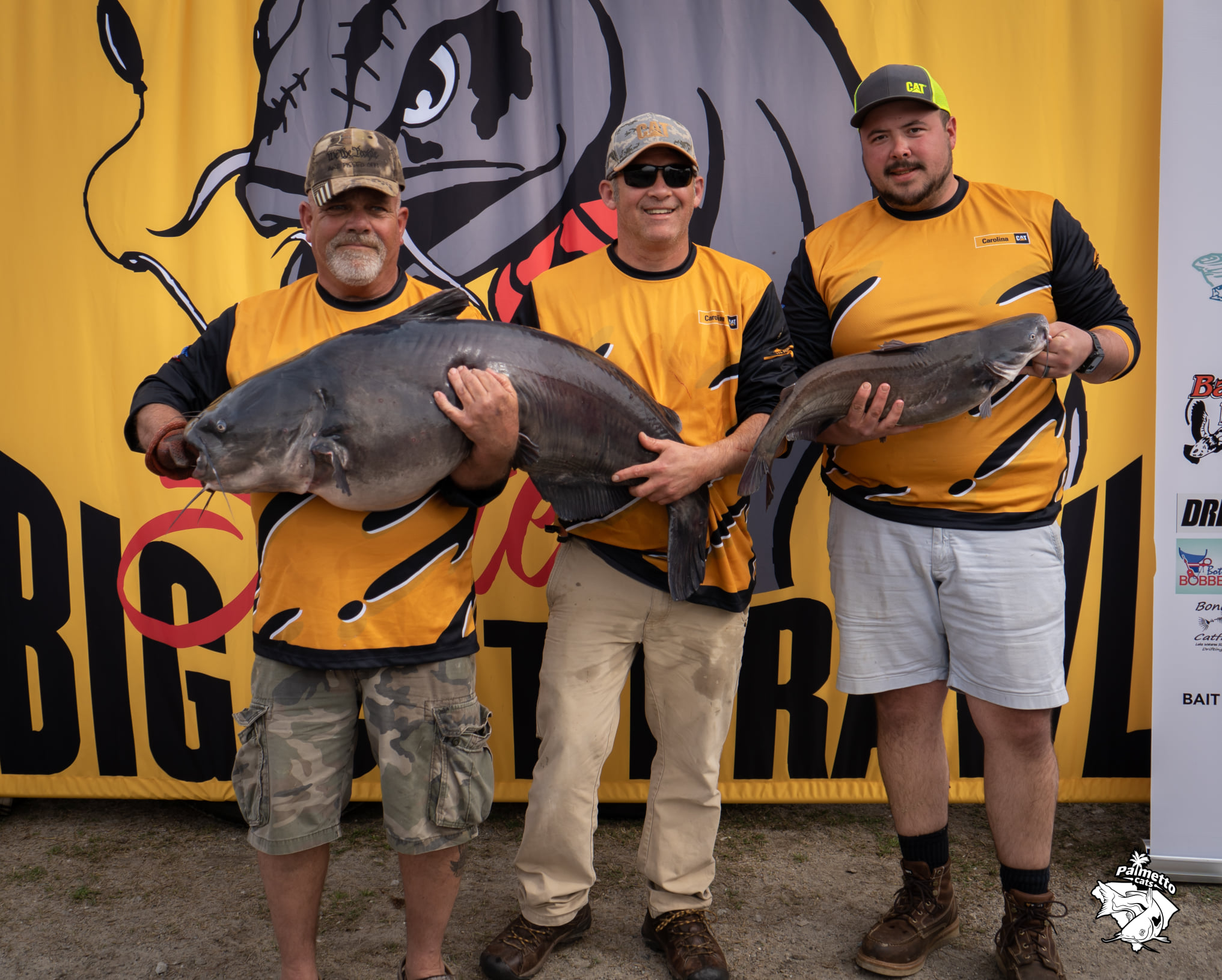 Kevin Couick’s big fish on day one of 68.20 pounds held up to win Big Fish honors of the tournament. He just edged out Josh O’Shields (Team Reel Cats) big fish of 68.10 pounds. It doesn’t get much closer than that. 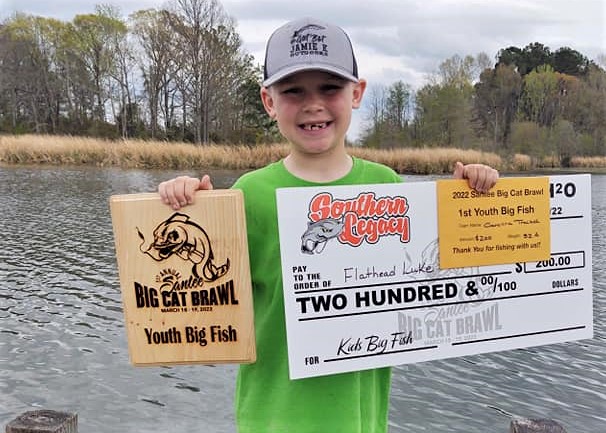 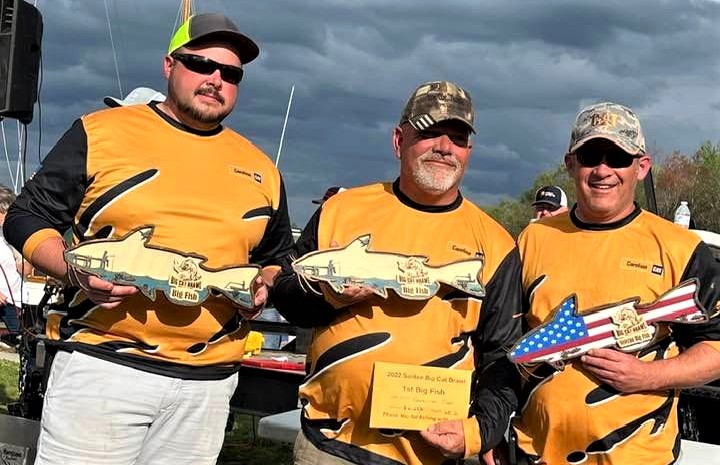 Final Thoughts
Regular Santee Cooper anglers know that the lakes can get up and rolling pretty good when the wind blows. The 2022 Santee Big Cat Brawl anglers were certainly challenged by the weather.

“The average weights were down a bit due to a weather front combined with a full moon,” confirmed Coburn. “Having 125 boats for a first-time event was proof that Santee’s legendary windy March tradition is here to stay!”

“The total of 125 teams consisted of 326 anglers,” added Ralph Willey. “The field was made up of male and female anglers of all ages. I would like to thank all the anglers, sponsors, and staff that helped make the first Santee Big Cat Brawl a success. It is time to start planning for next year.”

To keep up with Santee Big Cat Brawl activities follow them on Facebook as they prepare for the 2023 Brawl. You want to plan to be there.