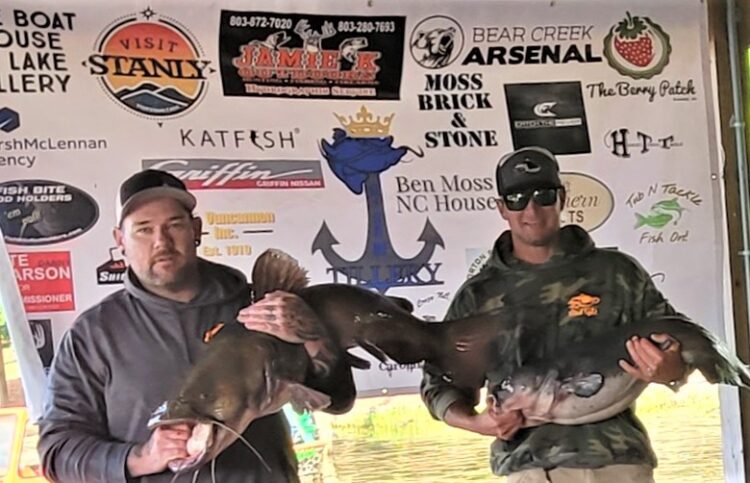 One Hundred Fifty-one boats registered to compete in the 2nd Annual King of Tillery catfish tournament. Presented by Jamie K Outdoors, the April 30th event paid out nearly $23,000 to teams traveling from all over the Southeast.

Rules allowed any species of catfish (Blue, Channel, Flathead, White, Bullhead, Etc.) to be weighed in as part of a 2-fish limit at the weigh-in.

Registration and livewell checks began at 3 pm after which teams (4 members max- not including youth under age 16) could use any public or private ramp to launch and proceed to their fishing spot. Fishing times ran from 7:00 am on April 30th until 8:00 am on May 1st. 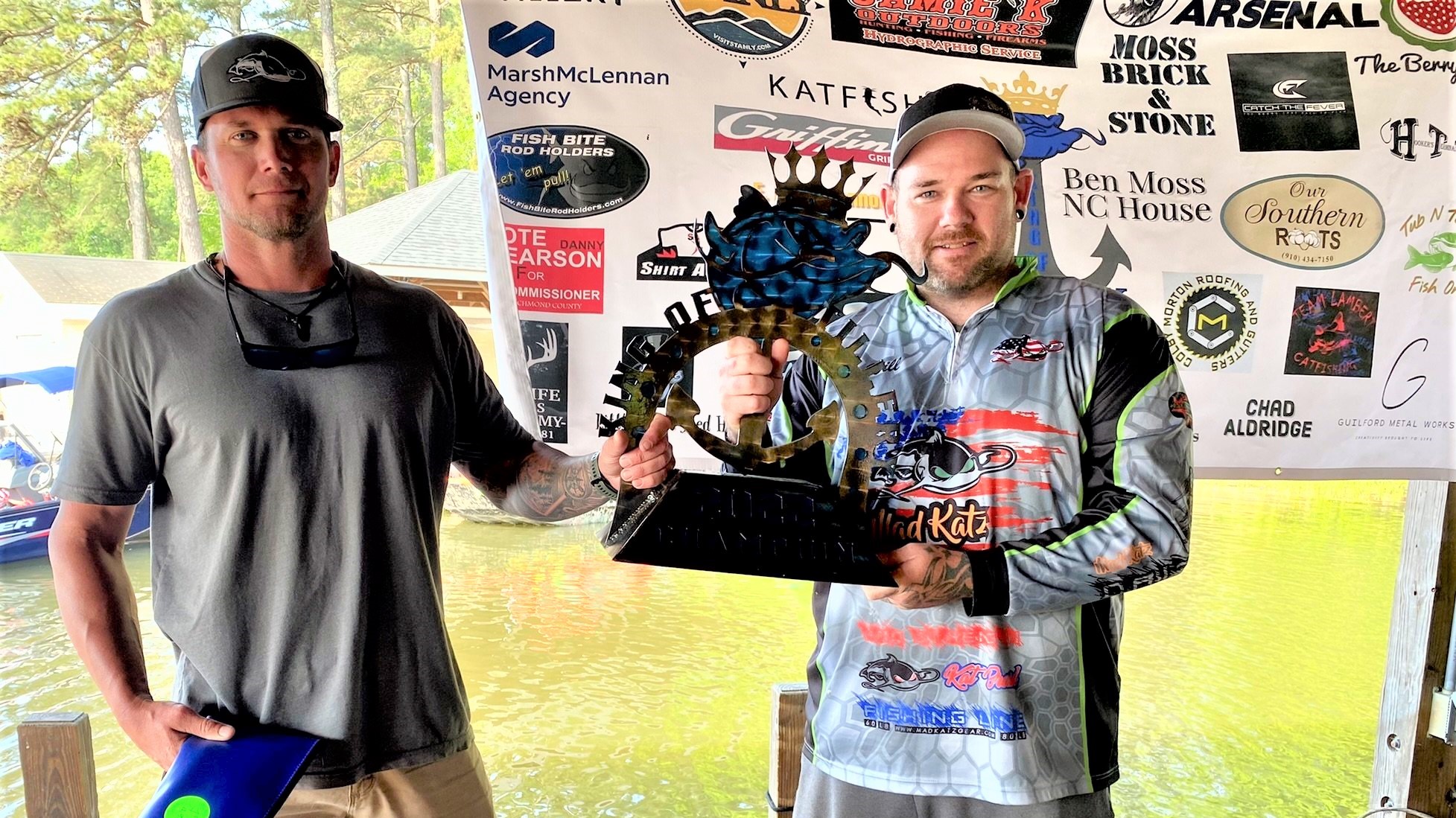 When all the fish were weighed and the weights recorded, the new King of Tillery was Team Hookin Up. Will Hunt (Lexington NC) and Joseph Douglas (Sophia NC), brought 65.36 pounds to the scales in a two-fish limit to earn a check for $12,950! The biggest fish in their bag weighed in at 39.02 pounds.

With 151 boats King of Tillery was the largest tournament ever hosted on Lake Tillery. The winning team of Will Hunt and Joseph Douglas took home nearly $13,000 for the win in this single-day tournament.

“The weather was beautiful and the crowd was tremendous,” touted weighmaster and emcee Mark Coburn. “The weigh-in was held at Lilly’s Bridge Marina where the winners were crowned and many prizes were given out to both participants and spectators.”

Coburn did a great job including the spectators in proceedings and providing a show that went beyond the weigh-in.

“I really believe that bringing spectators to these events is the secret to widening the audience that a sponsor can reach,” informed Coburn. “This is key to getting sponsors that may be outside of the catfishing world! We enjoy bringing Big Shows and Big Fun for everyone! There’s a lot of energy on that microphone and it’s catching on east of the Mississippi.”

FULL RESULTS and PHOTOS are available at kingoftillery.com.