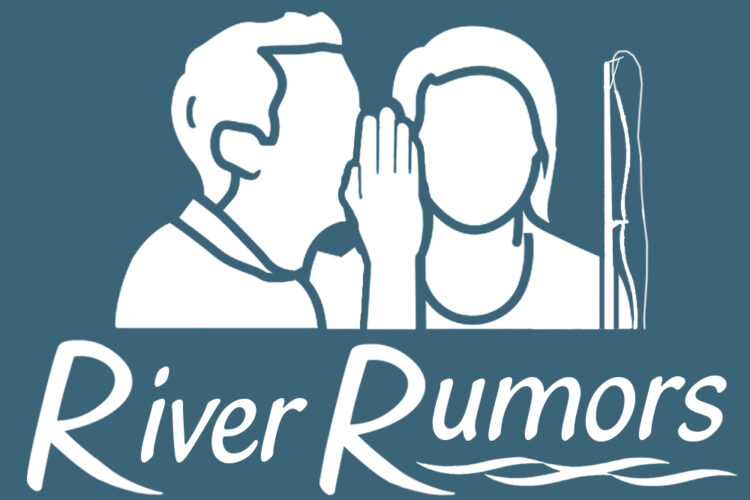 Fishing After Work in West Virginia

An unexpected gift of bait resulted in a new state record and a $20,000 payday from Catch the Fever.

It was April 8, 2022, the day following Cody Carver’s anniversary. It became one of the best catfishing days of his life and it all began while he was at work. A friend of his called and asked Cody if he wanted some fresh shad that he had just caught.

“I was hesitant,” admitted Carver. “But looking outside at the slick-calm water and sunshine I took it.”

The calm water and sunshine didn’t hold. When the workday ended Carver and his fishing partner, Shawn Penix loaded the boat in a pouring rain being driven by the wind to make it worse. The weather did not discourage the dedicated anglers. They went fishing anyway!

“After arriving at the ramp the wind laid down and the rain had slowed,” recalled Carver. “The Kanawha River was high so we went upriver and fished an inside bend that had wood structure and a mud bottom.”

Carver and Penix set up on the rope in about 20 feet of water in the Marmet Pool of the river. Big Cat Fever rods were fitted with Carolina rigs and baited with “normal size” cuts of the fresh shad that his friend had provided.

About 15 minutes into their first set Carver caught a flathead that weighed about 18 pounds. They landed the flathead and reset the rods. After a short 35-minute wait one of the Big Cat Fever rods bent over.

“Before I got out of the chair and to the rod, the fish was pulling drag,” explained Carver. “The fight lasted about 7 or 8 minutes. We got the fish in the boat and weighed it with 3 different scales.”

The first scale said 63 pounds with the fish in the net. The second read 65 pounds and the 3rd indicated 61 pounds. Since the net weighs 2 pounds, they knew the weight would be close to the standing record of 59.7 pounds.

“Shawn actually said it’s a state record when we first saw the fish roll,” recalled Carver. “But I was thinking, yeah right. I knew it was big but never dreamed it was a record-size fish.”

Ryan Bosserman with the DNR was called and he was very quick to get to the ramp. He weighed the fish and confirmed that it was the new WV state record at 61.28 pounds.

“After completing the paperwork I received a call from Kaleb Page with Catch the Fever,” said Carver. “Because I had caught the fish using a Big Cat Fever Rod I was awarded $20,000 through the Catch the Fever State Record Promotion.”

“We kept the fish in the livewell with water running constantly,” concluded Carver. “After getting the fish weighed and taking pictures I put the fish in the water, pulled it around a couple of times and it swam off perfectly.”

(For more information on the Catch the Fever promotion click here)

Epilogue: On May 25, 2022 Cody Carvers record was broken. Steve Price of Lancaster, OH, caught and released a 67.22 pound blue that broke the state record for both weight and length.