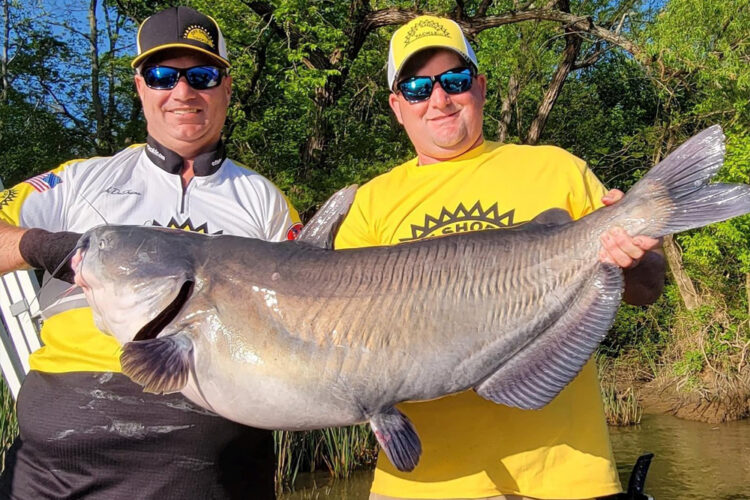 Traditionally, planer boards were used for dragging baits but more and more anglers are discovering that they can also use them from a stationary position if there is enough current. In either case, putting one or two boards out on each side of the boat will increase the spread and the success.

Planer boards are not as hard to get used to as some anglers think. They are pretty simple and they increase the odds of putting fish in the boat. Well-known catfish angler Chris Souders carries different size boards on his boat. Different conditions require different boards.

Souders describes Off Shore Tackle planer boards as “…some of the most dependable and toughest boards on the market,” He runs two different sizes on his boat depending on the fish he targets.

Souders has figured it out. Only having one set of boards to fish in two different situations not only boosts your confidence but is also a huge space saver in the boat. Additionally, he reports that his catch rate increased around 35% instantly when he started using planer boards.

Visit the Off Shore Tackle website at www.offshoretackle.com to view their full line of catfish gear. Chris Souders can be reached through his Facebook page and view his videos on YouTube.