Copyright © 2021 CatfishNow Online Magazine. A KMS, Inc. Company. All rights reserved.  Reproduction in whole or in part without permission is prohibited.

Although anglers recognize the spawn as a tough bite, fish can be caught. They are likely to be marked with red mouths and/or other cuts and bruises as is this specimen held by B’n’M Pro Staff angler Ty Konkle. (Ron Presley Photo)

Well, June has arrived, summer is again upon us, and it is the catfish spawning time for most of the country. This edition of CatfishNOW focuses on this very important event, the spawn, for the fish we love to catch…catfish. Protecting the large catfish spawners to preserve our future catfish populations is very important.

The spawn usually means that some of the largest catfish migrate into shallow water spawning grounds and become very vulnerable to predators and fisherpeople. Catch and release of the big spawners can make a major improvement to catfish populations in our favorite lakes, rivers, and streams.

Once caught, take pictures and release them unharmed if possible. Growing to that size and age means they have some very good genes to pass along to future potential giants. Keep the smaller fish for table fare is my recommendation.

When I was a young man, my uncle would fish back bayous of the Mississippi River in Southeast Missouri. Once in a while, he would drive his well-used 1952 chevy pickup, with no tailgate, up to my grandmother’s house with a medium sized catfish he had caught that day and kept for future meals. He never kept more than one or two on his fishing expeditions.

As a boy, they looked huge to me. I would stand in awe of his catches but he always gave me a couple of tips for catching them and preserving some for my future and my grandchildren’s as well. His advice was to never keep the monsters and harvest in moderation. He was so very right. Those bayous still produce some healthy populations of fish today.

I hope that everyone catches their Personal Bests (PBs) this year and shortly thereafter releases them to catch another day. 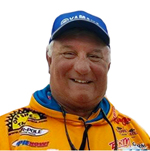