The month of March is usually characterized by the start of many catfish tournaments across the country. January and February had a few but March will see the tournaments in abundance. Anglers should be able to find a tournament to fish most weekends.

With tournament season in full swing, anglers from every skill level will be hitting the water with competition in mind. For seasoned anglers, tournaments become very routine. For newbies, they have a lot to learn. Fortunately, the catfish community is an accepting community and welcomes new anglers to the fun of tournament catfishing. 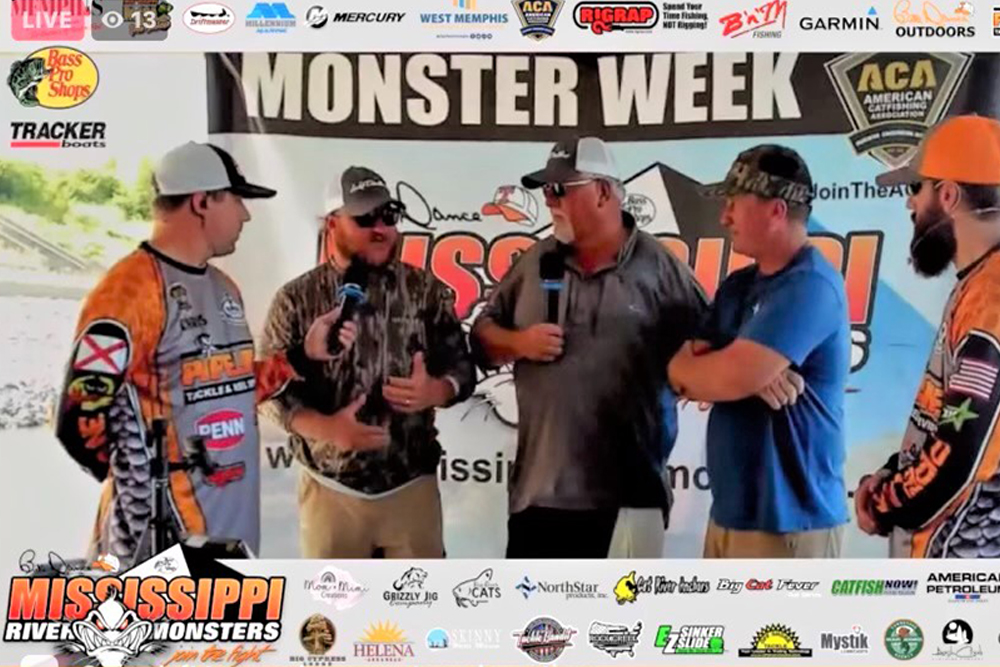 When Clients Want to Compete

Tournament Fever by Ron Presley When the three days of tournament fishing were complete, the anglers had a burning desire to do it again.   Normally, a guided catfish trip results in a few lessons from the guide, some photo opportunities with trophy catfish, and a few live-released fish. One trip in mid-September, 2021 had […] 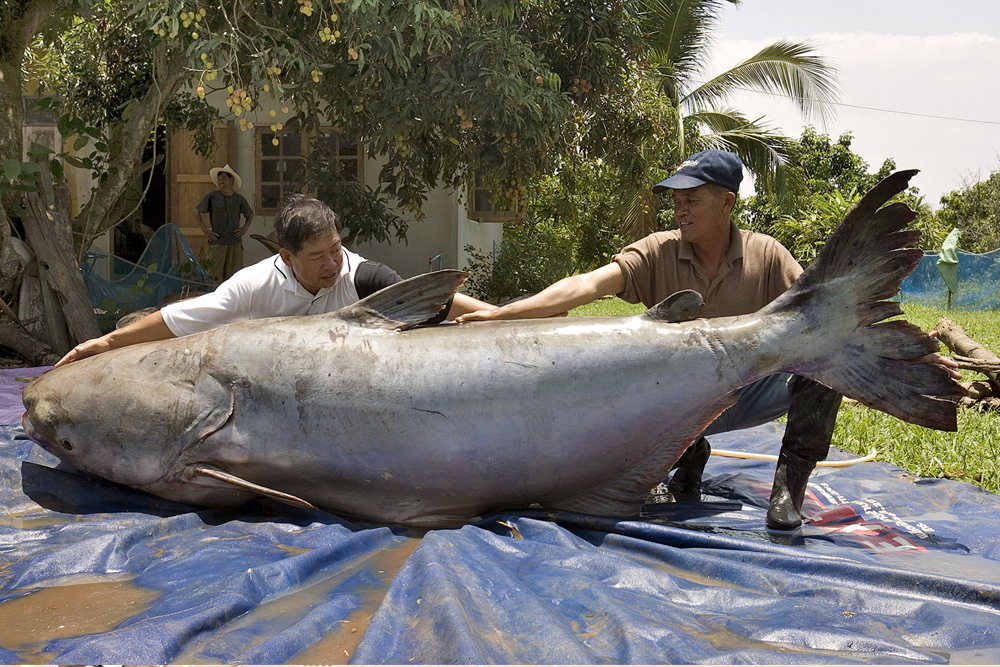 The facts about catfish often are even more astounding than the legends, like the story of this 646-pound Mekong giant catfish landed in Thailand. (photo courtesy of Zeb Hogan)   Catfish and Catfishing: Believe It or Not! by Keith “Catfish” Sutton Prepared to be amazed!   My mind is a trash basket. All my life, […] 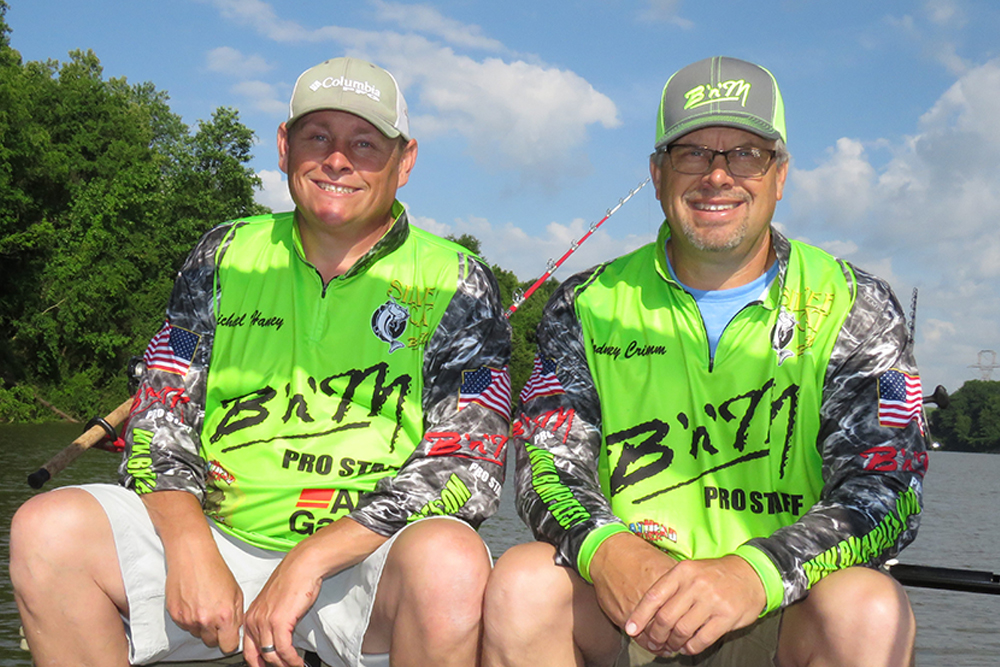 Competing as a Team of Brothers by John N. Felsher Tournament partners that work well together have a better chance to put some money in their pockets.   In many types of fishing, anglers simply fish how they wish, but professional catfishermen must compete as a team. Traveling, fishing events, or preparing for tournaments sometimes […] 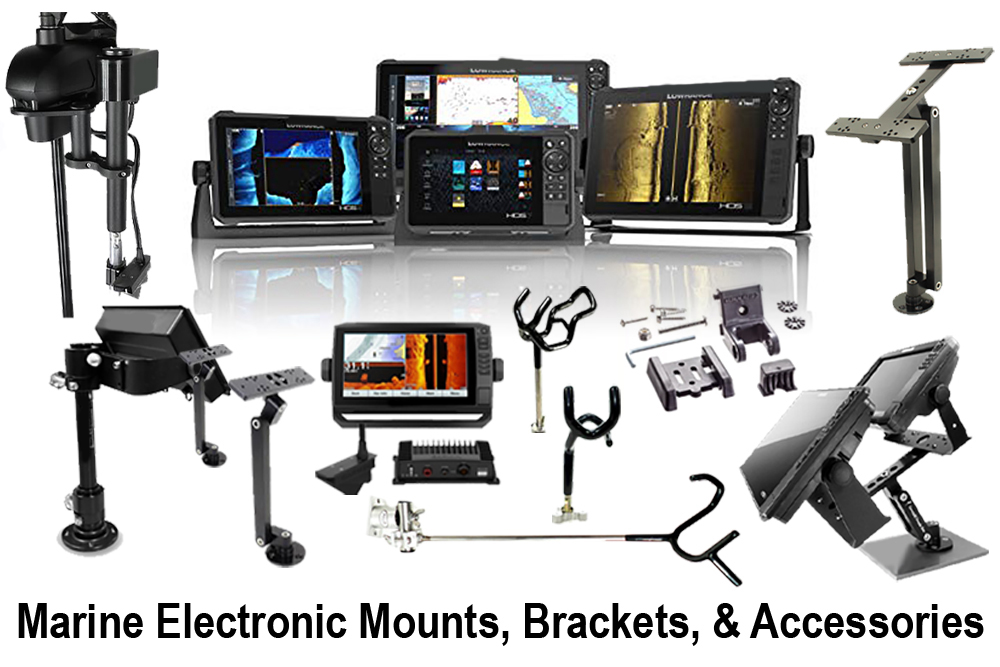 Can You See Your Sonar/GPS Screen? by Brad Wiegmann   Every angler sooner or later will look at their sonar/GPS unit and not be able to see an image. It could be a blacked-out screen from sunlight glare or just the angle of the fish making it impossible to see. Lucky for anglers there are […] 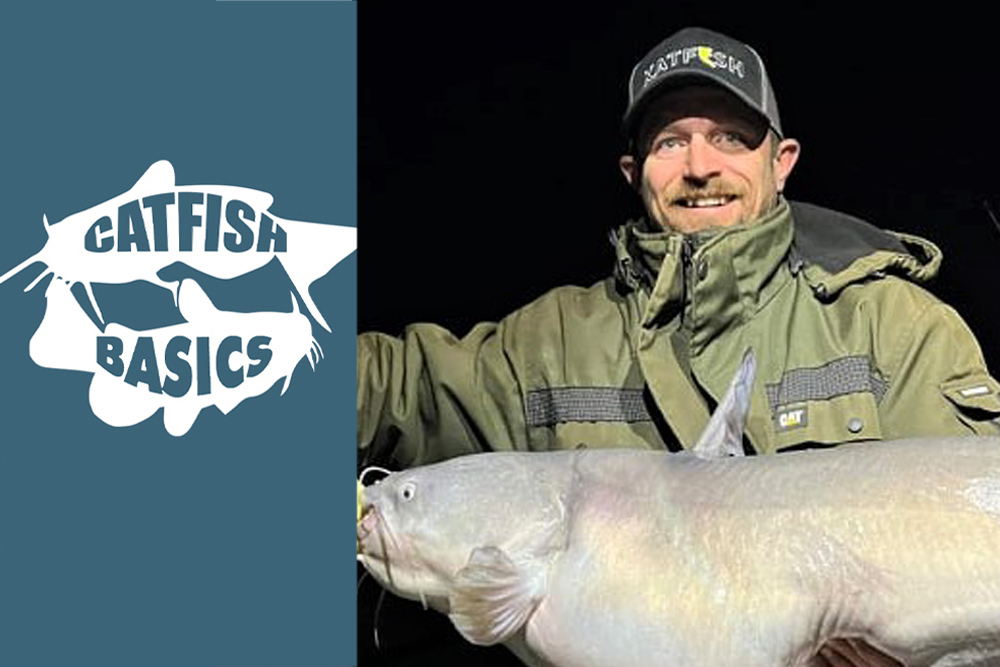 Catfish Basics #131—Learn from Your Competitors by Mackenzie DelRosso

Editor’s Note: As an avid tournament angler Mackenzie DelRosso has learned the importance of understanding catfish behavior at different times of the year. He applies that knowledge to the tournaments he fishes. He also understands that there are no better anglers to learn from than the ones he competes against. He offered this tip as […] 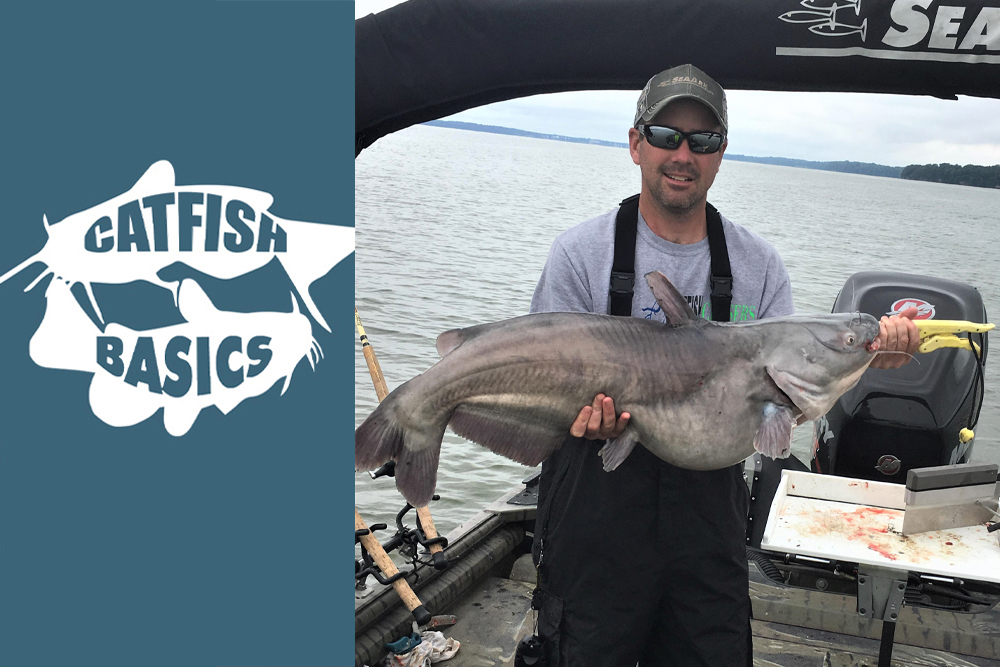 Editor’s Note: As an avid tournament angler Ty Wolf is a stickler for fresh bait. He believes that fresh bait and good techniques are necessary components of placing in the money at tournaments. When I look back at my tournament successes, I believe that fresh bait has been the key. Coupled with good equipment and […] 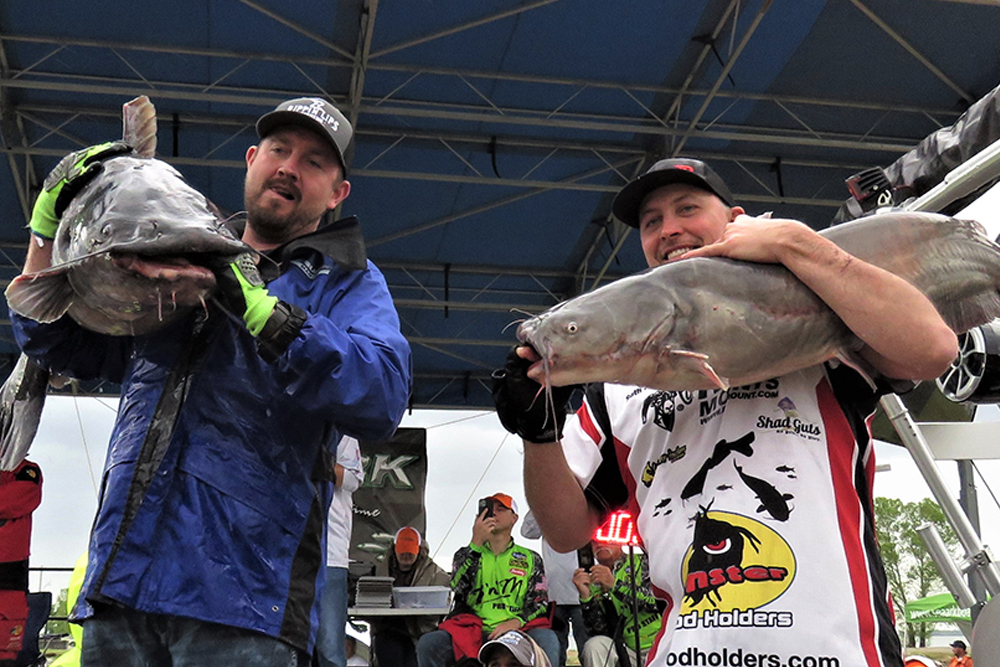 Alex Nagy and his fishing partner Seth McCallister demonstrate why they use Off Shore planner boards.    Off Shore Tackle—Often Imitated but Never Duplicated Deadsticking with planner boards while bumping bottom.     Planer boards have become standard equipment on catfish boats for any angler that wants to pull or drag baits, and that includes […] 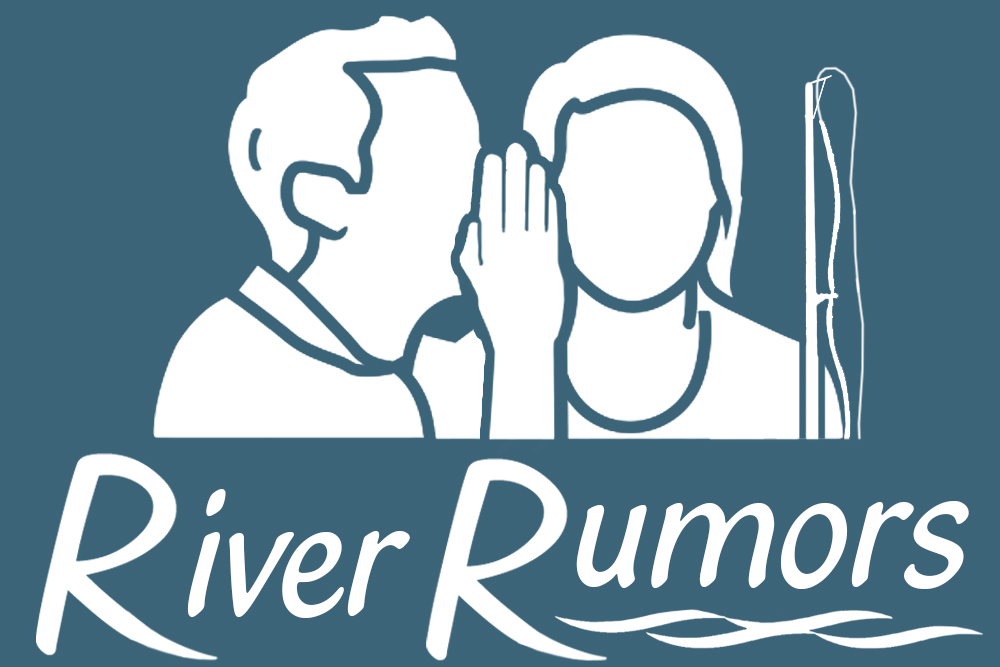 M&J Catfish Wars Encourages Youth Involvement “We cannot always build a future for our youth, but we can always build our youth for the future.” ― Franklin D. Roosevelt Young people are naturally curious. When their young minds are challenged by learning new concepts they grow, adapt, and learn. An excellent place to learn new […] 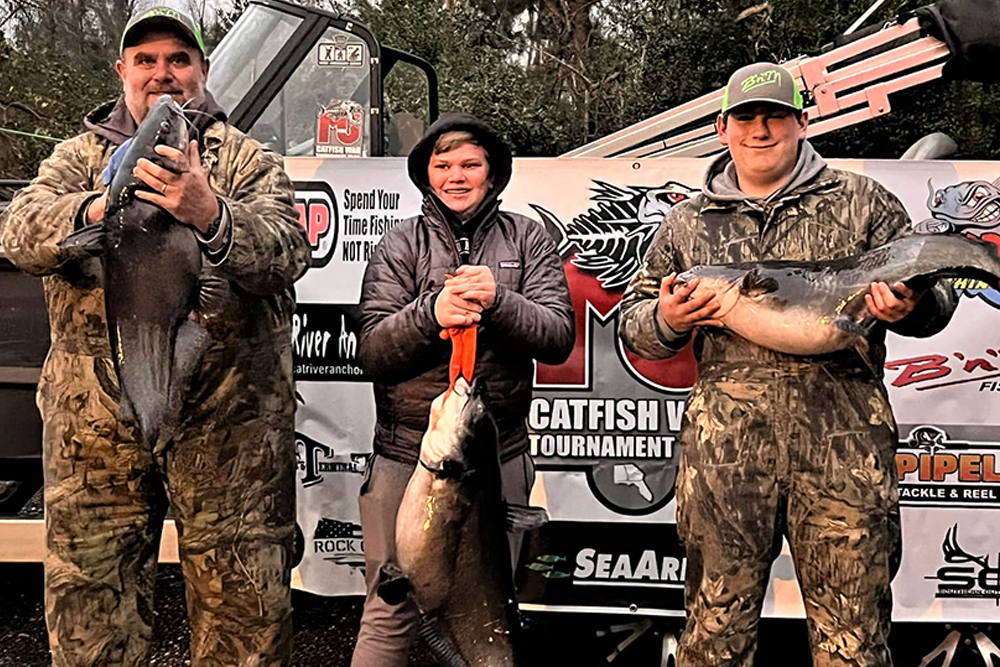 Why We Catfish: A Guest Editorial by Marty D Highnote

Marty and his son Chandler have become tournament partners. They often hit the road together on weekends to fish catfish tournaments across the states. Chandler’s friend Charlie (right) joined them on this trip to fish the M&J Catfish Wars tournament on the  Chattahoochee River. (Submitted Photo)   Catfishing is a Family Affair by Marty D […] 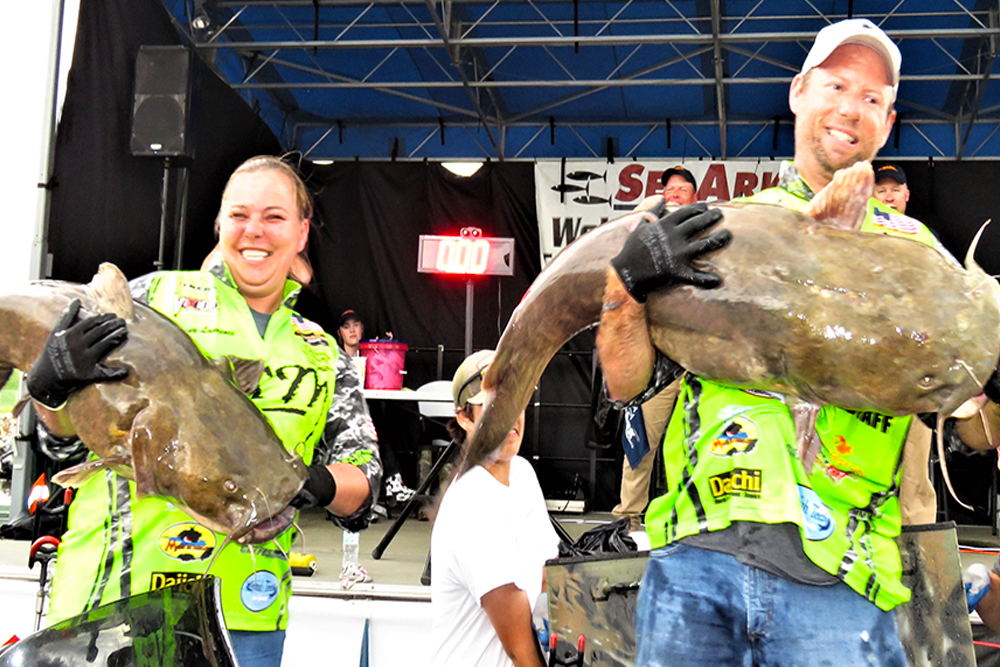 Catfish Tournaments Emphasise Good Fish Care by Ron Presley Tournament anglers are preparing their minds and their boats to take better care of the fish they catch.    No group of anglers shows more concern with catfish conservation than tournament catfish anglers. The whole notion of Catch-Photo-Release (CPR) is embedded in tournament fishing today. More […] 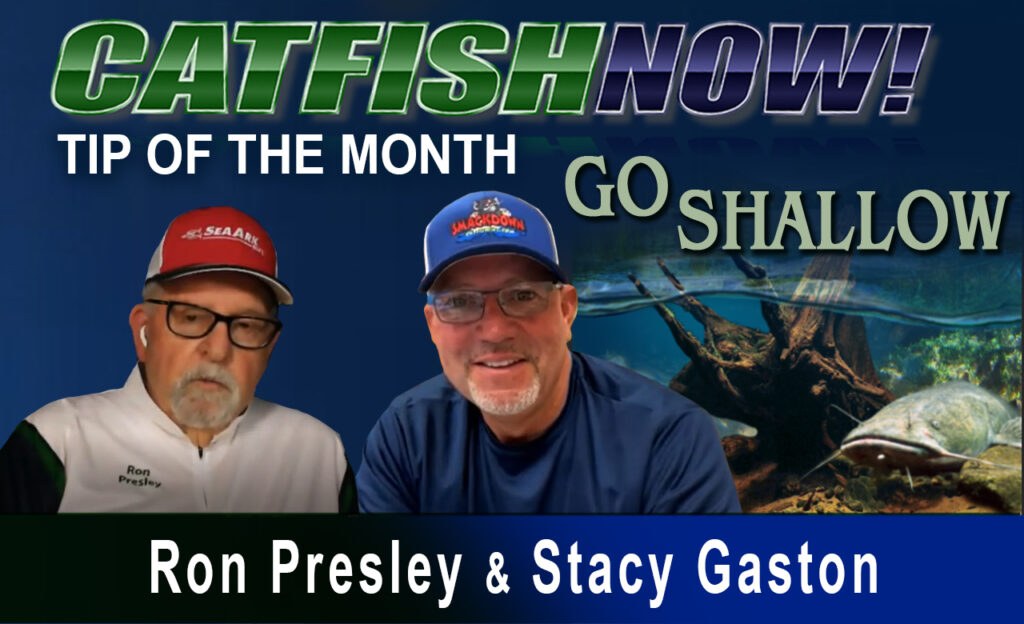 CFN How to Video with Stacy Gaston—Go Shallow

Stacy Gaston (SmackDown Catfishing) is an avid catfish angler. He has changed his habits when it comes to fishing in February and March. In times past if the water wasn’t 30 feet deep he wouldn’t look at it. Now he is a believer in going shallow on sunny days in colder weather. View the video […] 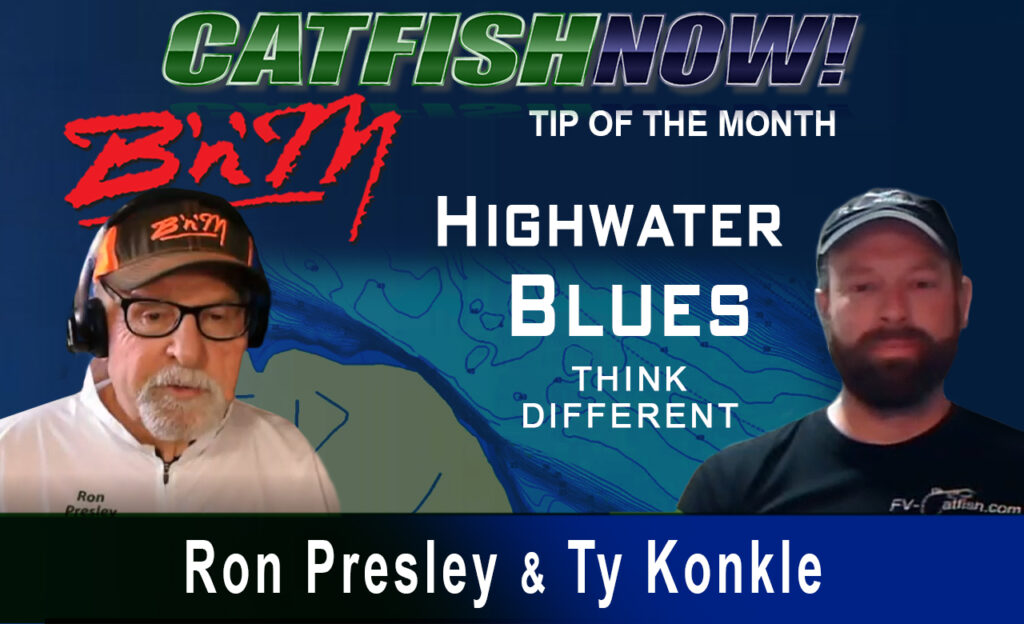 B’n’M pro staff angler, Capt. Ty Konkle (FV Catfish.com) is known for his ability to catch big fish for his clients. With all the high water experienced early in 2022, he shares his thoughts on fishing an otherwise overlooked location. View the video to discover an alternative location that he checks out when the water […] 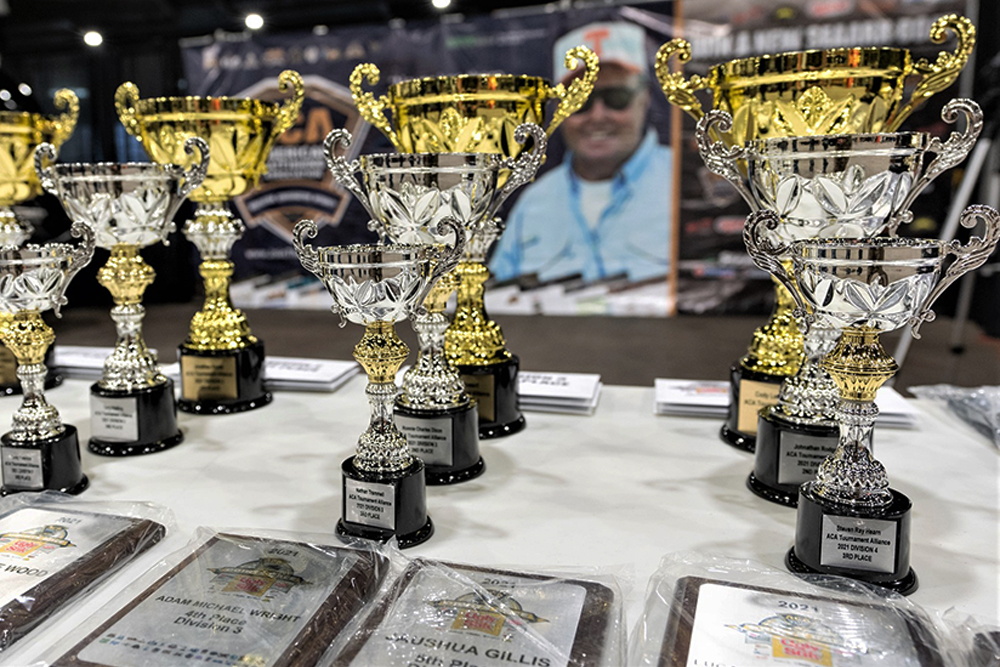